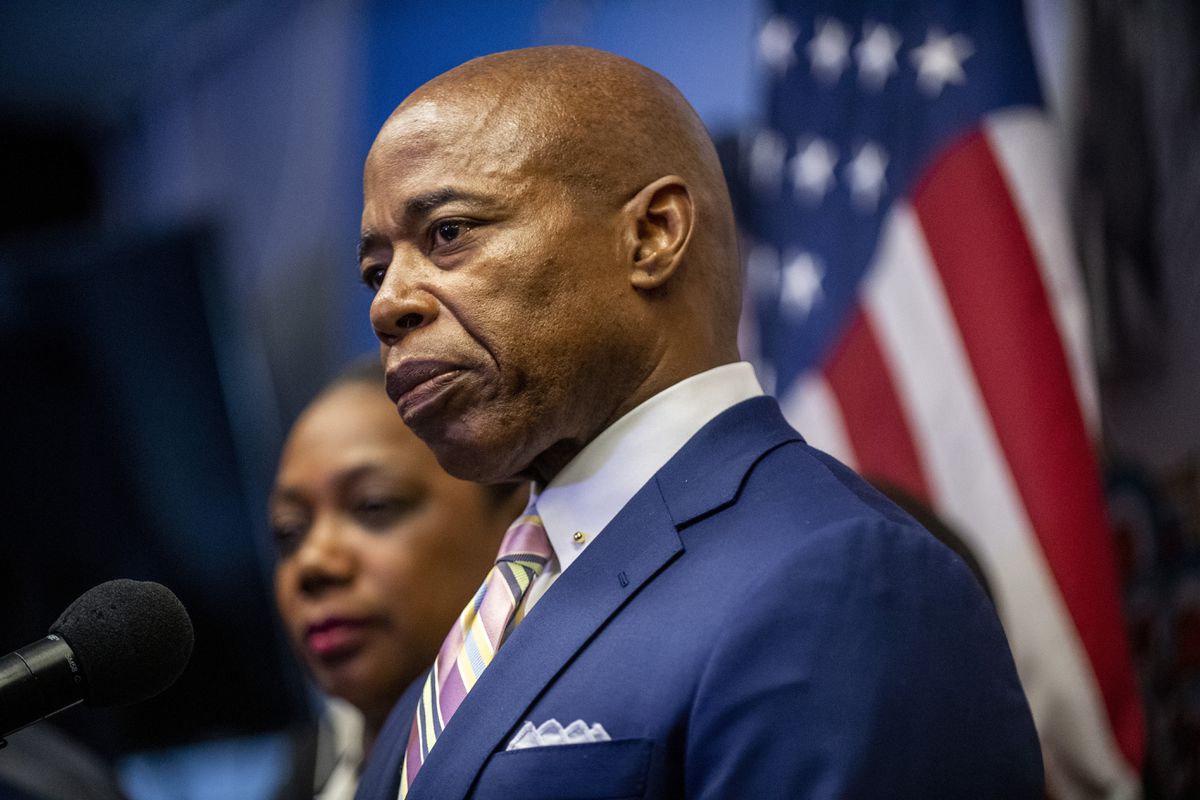 The city’s new coronavirus vaccine mandate for the private sector will stay in place for the foreseeable future as omicron continues to drive up infection and hospitalization rates, Mayor-elect Eric Adams announced Thursday after weeks of speculation over how he would handle the new rule.

The private sector mandate — first announced by Mayor de Blasio in early December — took effect Monday, and Adams has been evasive on whether he would keep the new rule in place once he takes over the reins at City Hall.

In a briefing with his health advisers Thursday morning, Adams finally confirmed he will keep the mandate, which covers workers at more than 184,000 businesses across the city, though he took a shot at de Blasio for doing the poor job at communicating the policy.

“If there was one critique, as I stated, I think that the mayor in the state of urgency which he faced, we could’ve all done a better job in communicating with our various stakeholders,” Adams said at Brooklyn Borough Hall.

Adams also said he does not want to take a “heavy-handed” approach in fining businesses who are refusing to comply.

“We will fine those businesses that are recklessly not complying and just refuse to do so,” said Adams, who’s set to be sworn in as the city’s next mayor in the wee hours Saturday.

In addition to keeping the private sector rule, Adams said his health team is exploring a coronavirus vaccine mandate for students and staff at public schools, though he acknowledged Gov. Hochul would need to sign off on such a policy.

As omicron continues to rage, Adams said he’s also looking into the possibility of expanding all existing vaccine mandates — like the indoor dining and municipal workforce rules — so that they require a booster shot.

“We’re at the point where we must safely learn to live with COVID,” he said.