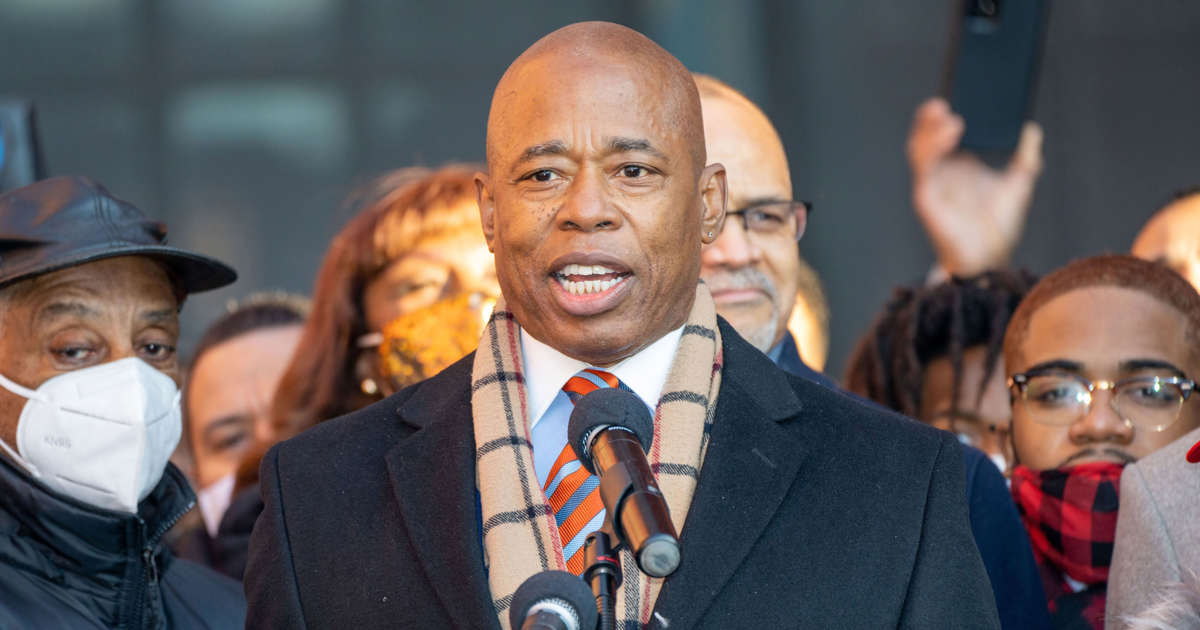 Mayor-elect Eric Adams has selected a Long Island police chief to become the first female commissioner of the NYPD — opting for a backyard pick after an extensive national search for his first top cop, four sources told reporters late Tuesday.

Keechant Sewell, the chief of detectives for the Nassau County Police Department, was picked for the top NYPD post after doing a “fantastic” job in interviews with Adams and his team, said a police source familiar with the matter.

“She was out of this world good. They couldn’t believe how well she interviewed,” the source said.

Adams, who will formally name Sewell as his commissioner at a Queens press conference Wednesday morning, heaped praise on the 49-year-old Long Island cop, who’ll become the first female commissioner in the department’s 176-year history when she takes over early next year.

“Keechant Sewell is a proven crime fighter with the experience and emotional intelligence to deliver both the safety New Yorkers need and the justice they deserve,” Adams said in a statement. “Chief Sewell will wake up every day laser-focused on keeping New Yorkers safe and improving our city, and I am thrilled to have her at the helm of the NYPD.”

The selection of Sewell, a Queens native who lives on Long Island, came after Adams and his team conducted a months-long search for the next commissioner.

Among those under consideration were Seattle Police Chief Carmen Best and Philadelphia Chief Danielle Outlaw. Juanita Holmes, the NYPD’s current chief of patrol, was also in the mix.

Adams, a retired NYPD captain, made a point on the campaign trail to promise to be the first mayor in city history to have a woman in charge of New York’s Finest.

In her Nassau County job, Sewell oversaw 351 uniformed officers. As NYPD commissioner, she’ll lead more than 35,000 cops in uniform, and will also likely play a key role in making Adams’ vow to beef up the NYPD a reality — including by reinstating the department’s controversial plainclothes anti-crime units.

Sewell’s been a trailblazer before — she was the first Black woman to become Nassau County’s Chief of Detectives last year.

“I hope to inspire service,” Sewell told Newsday after her promotion in September 2020. “And what I’ve been able to accomplish, I hope it inspires women, young girls, men — anyone who wants to be an officer and be able to take advantage of the things that have been afforded to me. I would hope that they see representation. And representation matters.”

Sewell, whose grandfather was an NYPD officer, joined the Nassau County Police Department in 1997 as a patrol officer and rose through the ranks. She also was trained at the FBI National Academy and has taught at Nassau’s police academy.

In the wake of the murder of George Floyd by a police officer in Minneapolis, the NYPD was targeted by critics as prime for defunding, though promises to trim its $6 billion budget by $1 billion fell short, leading to a cut of about $322 million.

At the same time, a series of laws aimed at reducing excessive force and other misconduct and increasing transparency were blasted by police unions and officers as reform measures without reason — and blamed for plummeting NYPD morale. Retirements and resignations jumped in 2020 and in the first half of this year while gun crime, already tacking up before the pandemic, has soared.

The Sewell pick was welcomed by the head of the NYPD’s largest union, who has railed against Mayor de Blasio’s policing policies.

“We welcome Chief Sewell to the second-toughest policing job in America,” said Pat Lynch, president of the Patrolmen’s Benevolent Association. “The toughest, of course, is being an NYPD cop on the street. New York City police officers have passed our breaking point. We need to fix that break in order to get our police department and our city back on course. We look forward to working with her to accomplish that goal.”