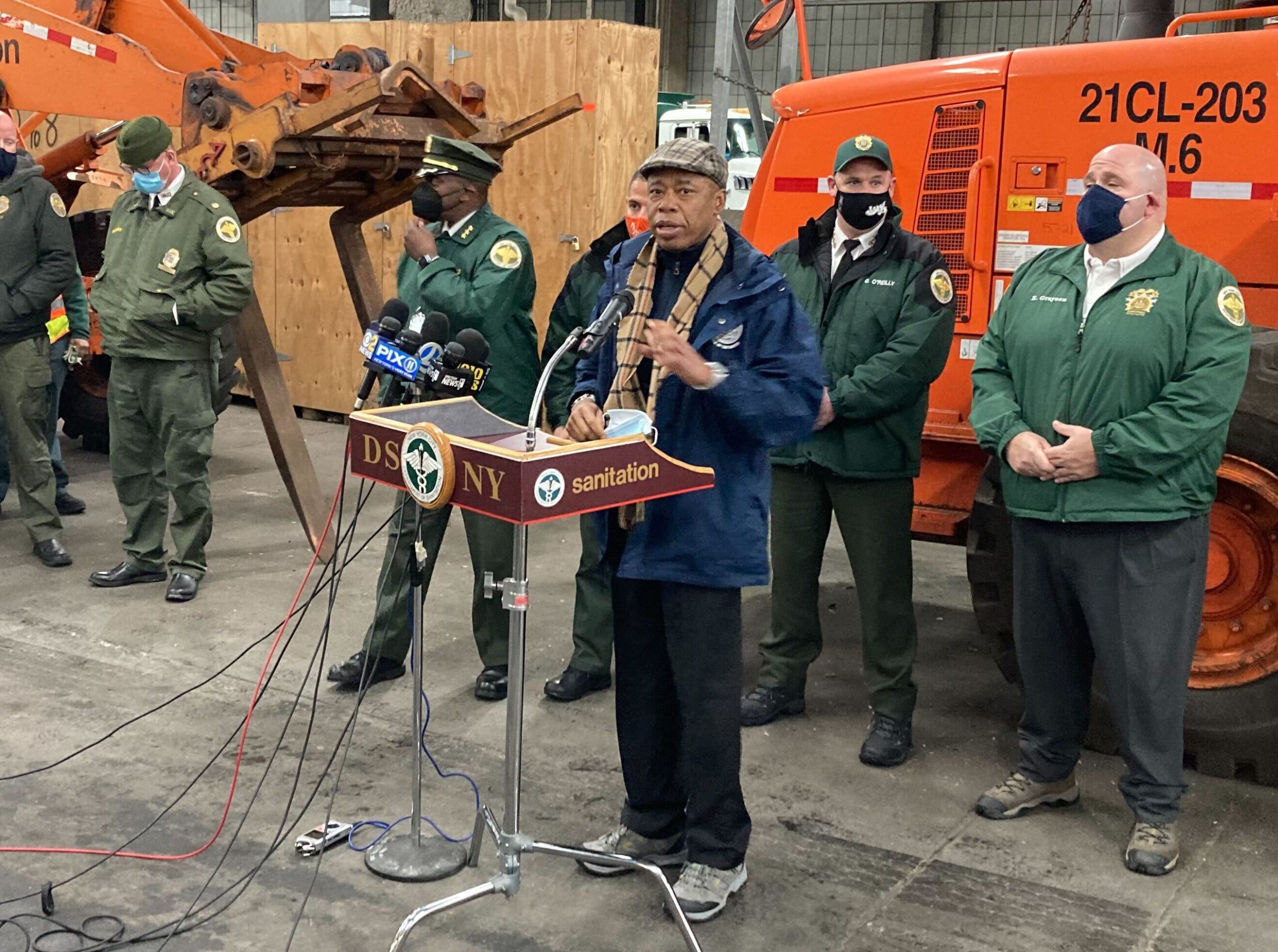 After heavy overnight snow turned New York into a slushy mess on Friday, threatening to dump a half-foot of powder, Mayor Adams said the short-staffed city was operating “straight ahead” to keep schools open and roads cleared.

The Sanitation Department, which was working furiously to plow pavement, was running at a roughly 20% staffing deficit amid the omicron COVID wave, said Commissioner Edward Grayson.

Grayson said his department was deploying about 1,600 plows and attempting to overcome the worker shortage with aggressive pretreatment. The city sent about 1,800 plows into service during storms last year, he said.

“You always do better with more people,” Grayson said in a news conference with Adams. “But we’re going to do really well this time.”

Adams, who was facing the first weather test of his young mayoralty, said he made the decision to keep schools open after asking Grayson and Schools Chancellor David Banks on Thursday evening for their assessment.

Both men approved of keeping the schools open, Adams said.

“I wanted to hear from the professionals,” the mayor said. “If we reached the point that the snowfall was dangerous, we would have made the call to say, ‘OK, let’s shut things down.’ We were not there. Three to six inches in New York? Come on.”

He and Grayson met in a Zoom call around 4 a.m. to assess the latest weather developments, according to their offices, and then in-person before 7 a.m. at a damp Sanitation Department garage on the Lower East Side of Manhattan.

At the sanitation depot, Adams gave a pep talk to crews of sanitation workers who were concluding and beginning 12-hour shifts.

By 4:20 a.m., four inches of snow had already fallen on parts of Queens, according to the National Weather Service. And by 7 a.m., up to five inches had been observed in pockets of the city, Grayson said.

Some of the loftiest totals had also fallen on the Bronx, Grayson added. Still, he said there were no indications that any areas would get significantly more than six inches of snow.

Adams, wearing snow boots and a windbreaker, acknowledged that the day was “going to be a little sloppy.”

But the mayor voiced confidence that keeping schools was the right move, saying he was ready for criticism.

Some parents have expressed concern that schools did not shut due to the virus wave, which thinned school staff, and the heaps of snow figured to add to their frustration. Adams has noted research showing coronavirus spread has been limited in school buildings during the pandemic.

“We don’t have any more days to waste, and the long-term impact of leaving our children home is going to impact us for years to come,” Adams said Friday. “I’m not going to contribute to that.”