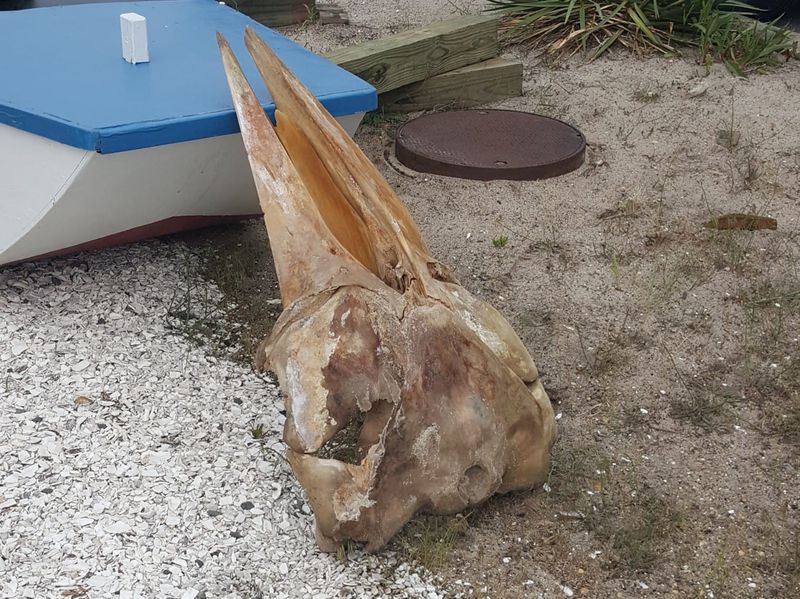 An enormous skull washed up on a New Jersey shore and authorities are hoping to identify it.

The bone appeared on the sands at Island Beach State Park on the Barnegat Peninsula in Berkeley Township on Sunday, officials posted on Facebook.

Photos show the remains with a rounded base and two long, pointed protrusions.

“Our State Park Police found this skull yesterday,” authorities wrote in the social media post. “As soon as we identify we will post. Any guesses?”

Some people offered possible suggestions as to the identity of the mysterious creature.

“Way too big to be a dolphin or a porpoise, it’s for sure a whale species,” said one person.

Another user suggested the skull may be from a minke whale.

“It’s, clearly, the remains of Hoffa. I’m a scientist,” said another person.