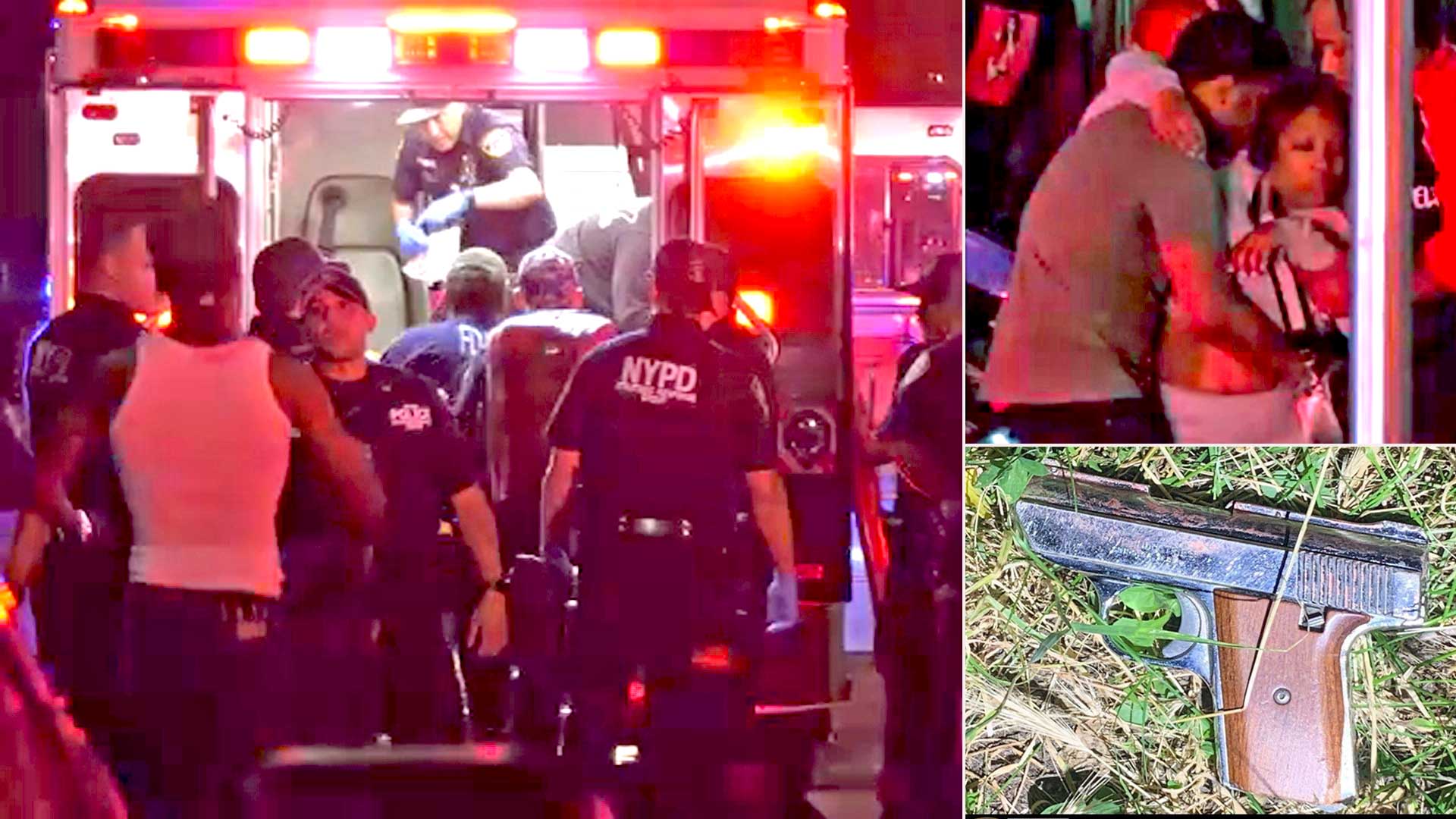 Nine people were shot, one of them fatally, when gunfire erupted in Harlem overnight.

The victims were enjoying a late night gathering when gunfire rang out.

One area resident told Eyewitness News there were so many gunshots she could not believe her ears.

“I was sitting in my living room and all I heard was sporadic shots ringing,” she said. “It was like, ‘Prong, prong, prong!’. And then it stopped and picked back up, ‘Brum, brum!’ You know, it was so many shots. First I thought it was fireworks. and then I thought, ‘Nah, it can’t be.'”

Police initially were told that two groups were shooting at each other at the scene.

“We just think it was a gathering, a barbecue, to that nature,” NYPD Deputy Chief Brian McGee said.

Five of the victims were initially found shot on a footpath over the Harlem River Drive. The others arrived at Harlem Hospital.

A 21-year-old man was pronounced dead at Lincoln Hospital.

The other eight victims are believed to have non life threatening injuries.

Many of the victims were shot in the torso. There were also injuries to people’s legs, back and even fingers.

One gun was recovered at the scene.

No arrests were immediately made and it was unclear what prompted the shooting.

Police are asking for the public’s help as the investigation into this incident continues.