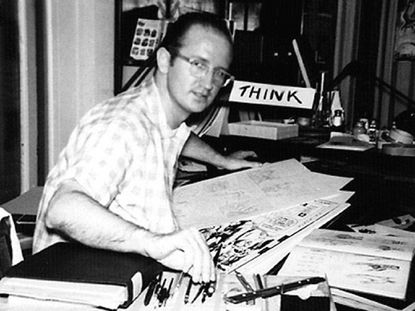 Get ready, true believers: A not-so friendly court battle is underway over who owns the rights to New York’s most famous wall-crawler and a few of his super friends.

Marvel Comics sued the estate of Spider-Man co-creator Steve Ditko on Friday, asking a court to declare that the copyright to the web slinger belongs to the company — and not to the man who first drew Peter Parker and his red and blue spider suit.

The battle between the corporate giant and the estate of the reclusive artist has massive monetary implications, with the last Spider-Man film, “Spider-Man: Far From Home,” netting $185.1 million when it opened over a six-day holiday weekend in 2019.

Marvel’s lawsuit, filed in Manhattan Federal Court, came in response to a flurry of legal efforts by Ditko’s son to stake a claim to the copyright of Spider-Man and Doctor Strange. Ditko played a central role creating both characters who will appear together in “Spider-Man: No Way Home,” premiering in December.

Ditko, along with writer Stan Lee, created Spider-Man in 1962, introducing comic book readers to the teen who gains superpowers following a bite from a radioactive spider. The Spider-Man franchise has since become a global media powerhouse, spawning eight movies as well as scores of television shows and video games.

Ditko died at 90 in 2018 in his upper Manhattan apartment, where he kept a low profile in the years before his death.

His estate is following in the footsteps of another revered comics artist/creator, Jack Kirby, who along with Lee invented a host of characters that first defined the Marvel universe — Iron Man, the Fantastic Four, the X-Men, the Hulk, the Avengers, Thor and many more.

Kirby’s family challenged Marvel’s copyright claims to his heroes under the 1976 Copyright Act — the same legal framework that Ditko’s estate is now trying to use.

While the Kirby family was unsuccessful in their attempt to regain the copyright, they came to a settlement with Marvel in 2014, just before the case went to the U.S. Supreme Court.

One of Kirby’s creations, “The Eternals,” will be premiering in a Marvel movie in November.

Marvel argues, as it did in the Kirby case, that Ditko’s iconic superhero creations were considered “work for hire” and therefore belong to the company.

“In virtually identical circumstances, this Court… granted Marvel summary judgment, finding that all of illustrator Jack Kirby’s contributions between 1958 and 1963 were done at Marvel’s instance and expense and thus were works made for hire,” the lawyers for Marvel said.

Besides Spider-Man and Dr. Strange, Ditko also helped create the classic villains in the early issues of both heroes, including the Green Goblin, Dr. Octopus, Electro and Dormammu.

An attorney for the Ditko estate did not immediately respond to a request for comment.

The legal battle comes amid growing complaints among comics writers and artists that they’re paid a pittance for their creations, which then make millions — or billions — for corporations through movies, television shows and merchandise.