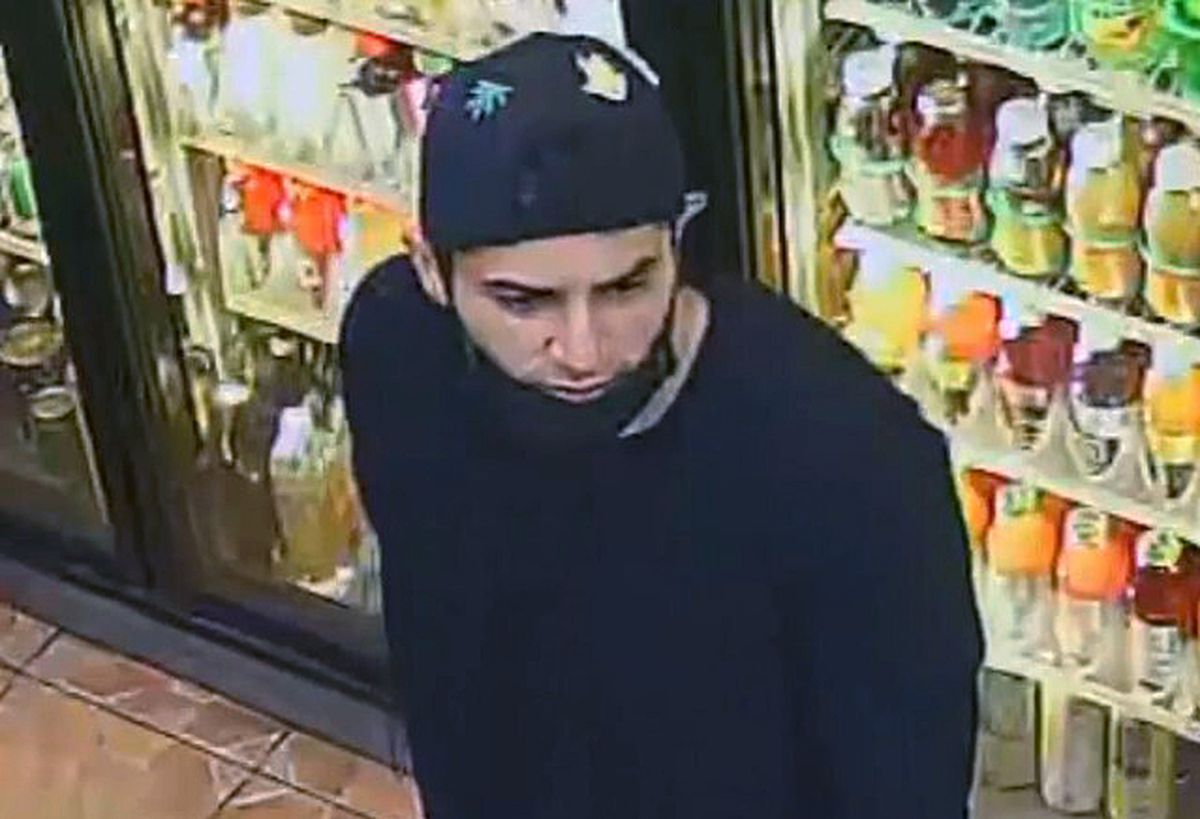 A manhunt for a suspected sexual predator wanted for a harrowing rape in Central Park ended in Queens early Saturday with a visit to the home of the suspect’s mother — and a heated chase through a quiet neighborhood, cops said.

Paulie Velez, 25, bolted from the back of his mother’s Ozone Park home near JFK Airport around 12 a.m. when cops showed up at the door, officials said.

He tried to evade police by running through a dimly lit series of inter-connected backyards, but a cadre of NYPD specialized units grabbed him after a search of the area using thermal imaging cameras, sources with knowledge of the case said.

A Crime Stopper’s tip and a small triangular tattoo on his neck helped police identify Velez, who was charged with attacking a 27-year-old woman on a secluded footpath near The Pond on the southeastern edge of the iconic park near W. 59th St. about 7:20 a.m. Thursday, officials said.

Velez had recently returned to New York City from Florida, where he was arrested for sexually assaulting another woman near Miami, sources said.

During Thursday’s attack, Velez, a black surgical mask covering his nose and mouth, allegedly put his victim in a chokehold before knocking her unconscious and sexually assaulting her, cops said. He fled the park with the woman’s cellphone.

Armed with a description, cops managed to grab video of Velez fleeing the park near 59th St., sources said. Detectives did an extended canvass of the area, tracking the suspect’s movements to the subway station at 59th St. and Fifth Ave.

Velez slipped into the train station through an emergency exit door, leaving his prints behind, sources said.

Cops continued the hunt for digital breadcrumbs and managed to track Velez downtown, where he was recorded trying to sell the cellphone he stole at store on Eighth Ave. near the Port Authority Bus Terminal.

Detectives hit pay dirt, getting a clear image of Velez with his mask down below his nose and sporting a pin of a marijuana leaf on his black baseball hat as he paced inside a deli on Eighth Ave. near W. 41st St. near the bus terminal.

Cops on Friday released surveillance pictures of him, sparking a flurry of Crime Stoppers tips of possible IDs on the rapist, a source with knowledge of the case said.

One tipster identified the rapist as Velez, who had been arrested in New York city twice before in 2019 for turnstile jumping and stealing three packs of cigarettes from a 7-11 on Eighth Ave. — the same area where the suspect showed up after the rape.

As detectives looked at Velez’s mugshot, they noticed a small triangular tattoo on his neck that matched the one on the suspect, officials said.

“We worked back from that and learned that he was arrested for a sex assault in Florida,” a high ranking police official told reporters Saturday.

Detectives spent Friday night visiting several of Velez’s last known addresses. When they arrived at his mother’s home in Queens, he ran out the back door, cops said.

His arraignment on charges of rape, robbery, strangulation, assault and sex abuse was pending Saturday in Manhattan Criminal Court.

After his back-to-back arrests in 2019, Velez made his way to Miami where he was arrested on sex abuse, kidnapping and battery charges. He pleaded guilty to a lesser charge, but fled the state before his sentencing date, police sources said.

Thursday’s attack was the latest in an alarming rise in sexual assaults in the landmark green space this year.

As of Nov. 7, there have been seven rapes in the urban oasis this year compared with two in all of 2020, police department data shows.

In the wake of the horrific attack, the NYPD promised increased patrols in the park.

Another woman was the victim of an attempted rape about 45 minutes after the park assault on Thursday and police initially thought the same man was responsible for both crimes.

The second attack, on a footpath on the Randalls Island Bridge at E. 103rd St. and the FDR Drive was allegedly committed by convicted sex offender, Howard Shaw, 58, cops said.