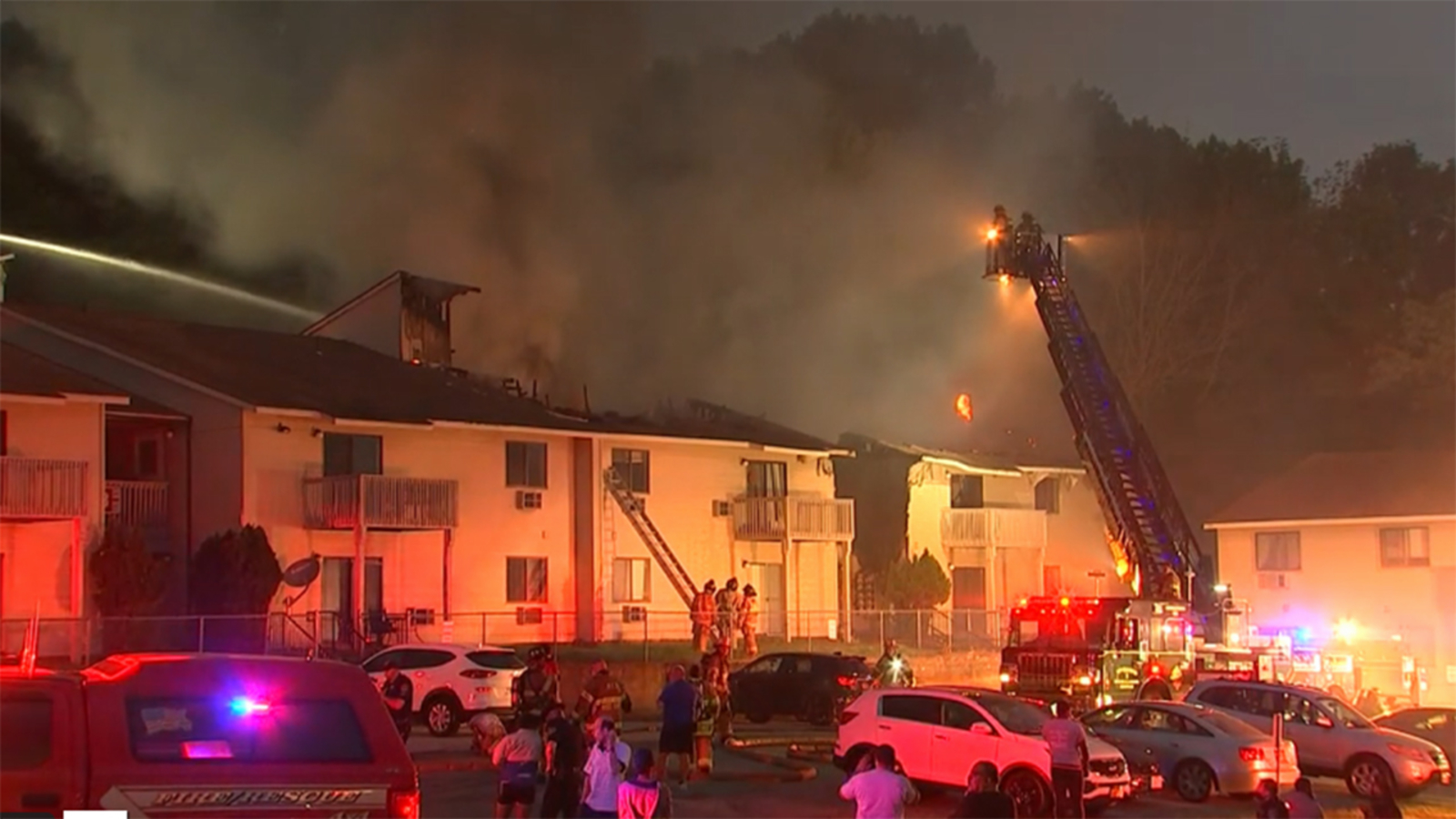 A man is under arrest after police say he assaulted a woman and set a building on fire during a domestic dispute in Orange County Monday.

It happened just after 7:30 p.m. in the Buttonwood Hills Apartment Complex on Concord Lane in Middletown, where authorities say they were called for both the dispute and reports of a fire at Building 8, which houses roughly 20 apartments.

Arriving officers found a 37-year-old woman who was bleeding from the face. She immediately directed them to 39-year-old Larry Hickmon Jr., of Jamaica, Queens, who was standing next to the burning building.

Upon observing officers, police say he attempted to flee behind the building on foot.

Officer Kelly Conklin pursued him to the rear of the burning apartment building, where Hickmon subsequently surrendered and was taken into custody without further incident.

As officers were placing the suspect in custody, residents on scene reported multiple individuals were potentially trapped inside the burning apartment building.

All of the apartments were subsequently evacuated with no reported injuries to the occupants.

As a result of the building fire, a total of 10 apartments were damaged.

The victim of the domestic violence incident, who is not being identified, suffered facial injuries and was also treated at Garnet Health Medical Center.

Her three children were unharmed.

The American Red Cross was contacted to assist the families who were displaced by the fire.