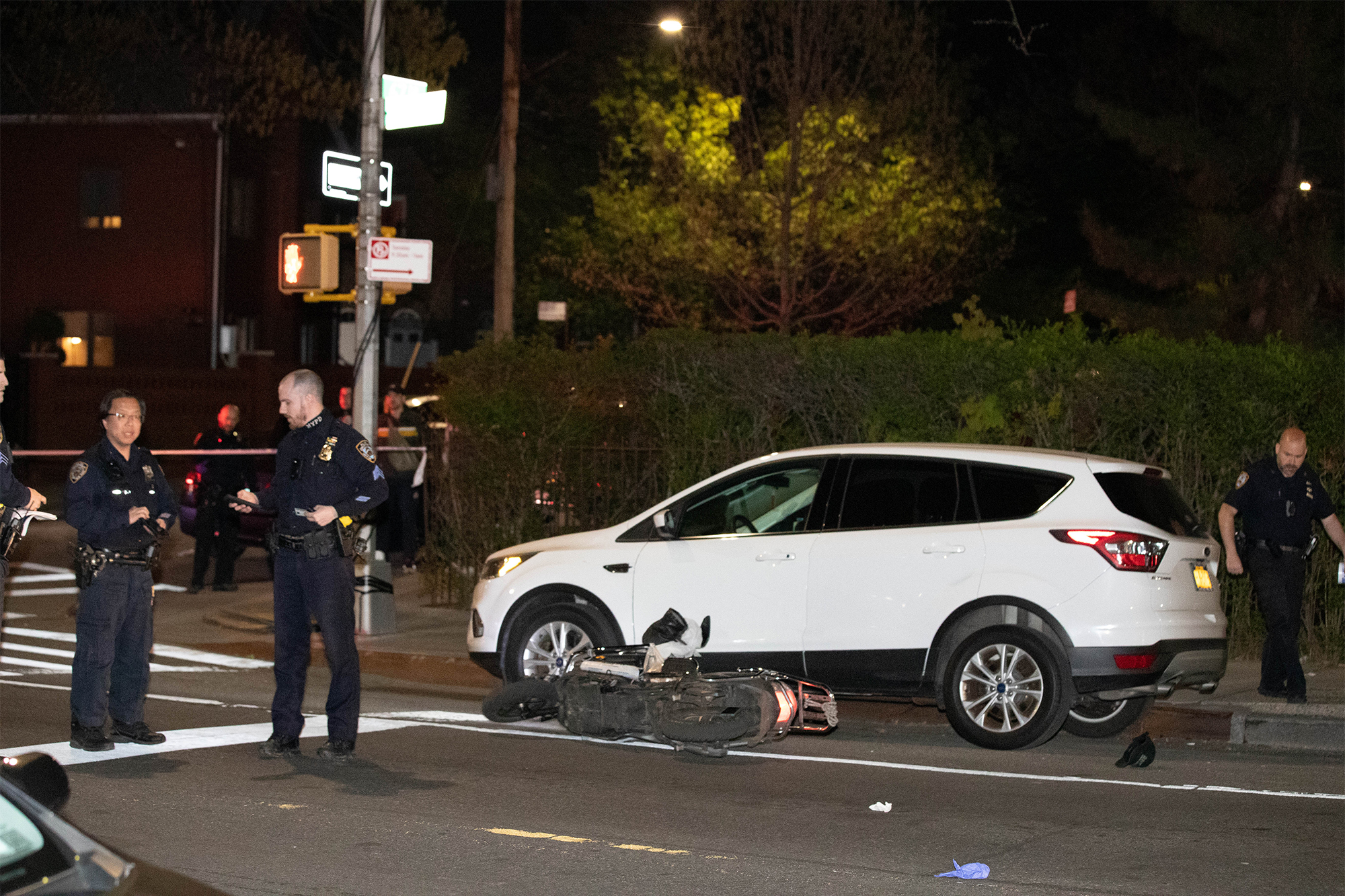 A man was arrested Wednesday for allegedly gunning down a food delivery worker as he made deliveries in Queens in late April.

Glenn Hirsch, 51, was arrested at his home last night on murder and weapons charges in the shooting death of 45-year-old Zhiwen Yan.

Yan was killed while making deliveries on a scooter for the Great Wall Chinese restaurant in Forest Hills back on the night of April 30.

Police said Hirsch had multiple prior disagreements with staff at the restaurant over food orders.

He had menaced the restaurant manager with a gun and twice vandalized vehicles owned by his staff, according to police.

The shooting happened about a half-mile from the restaurant, where Yan had worked for more than 20 years.
Video from the scene showed Yan pulling onto 108th Street when someone approached on foot with a gun drawn.

Yan can be seen trying to roll back to get away, but the gunman fired several times, hitting him and sending the scooter toppling to the ground.

He was later pronounced dead at Elmhurst Hospital.

“We were all relieved that someone had been arrested. We are grateful to the NYPD and have full confidence that the Queens District Attorney will bring justice to Zhiwen Yan, a loving and kind husband, father, son, friend and community member.”

Zhiwen Yan was a beloved member of his Queens community whose tragic murder in April was heartbreaking. @NYPDDetectives never relented in their investigation — and have now arrested 51-year-old Glenn Hirsch. He’s been charged with murder and criminal possession of a weapon. pic.twitter.com/HVZDSLW8ww