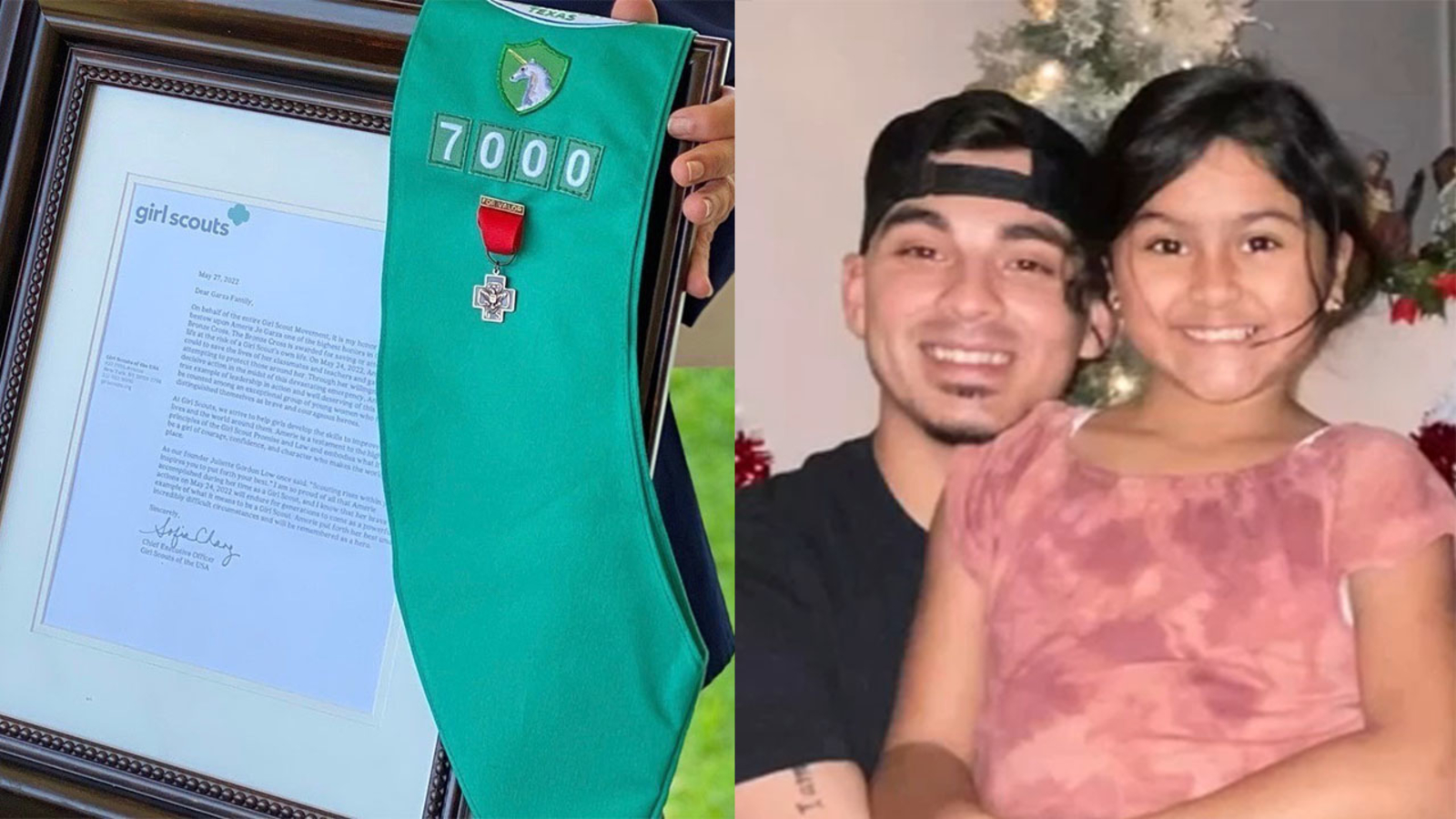 Amerie Jo Garza, one of the 19 students killed in the shooting at Robb Elementary School in Uvalde, has received one of the highest honors in Girls Scouting for her heroic actions in trying to save her classmates.

Amerie was shot and killed on May 24 when 18-year-old Salvador Ramos barricaded himself inside her fourth-grade classroom and shot at them. Amerie’s classmates told her family that she was trying to call 911 on her new phone when she was shot during the attack.

“She’s been wanting a phone for so long and we finally got it for her. She was just trying to call authorities, and I guess he just shot her,” Amerie’s dad, Angel Garza told CNN’s Anderson Cooper during an interview after the shooting.

On Tuesday, the Girls Scouts of Southwest Texas announced that Girl Scouts of the USA had “posthumously bestowed” upon Amerie one of the highest honors in Girl Scouting – the Bronze Cross. The Bronze Cross is awarded for saving or attempting to save (a) life at the risk of the Girl Scout’s own life, a release states.

“Our hearts are broken for her family and friends, along with all of those who have lost loved ones during this tragedy. Dozens of our girls, volunteers, and staff have now lost friends or family members, and we are hurting alongside them.

Amerie was a bright and outgoing fourth-grader who loved Play-Doh, playing with friends at recess-and being a Girl Scout. She was proud of the badges she earned. She completed her Girl Scout bridging ceremony last week, and Tuesday at school had received an award for making the A and B honor roll.

Girl Scouts is committed to providing a high level of support to these families in the weeks and months ahead,” the Girl Scouts of Southwest Texas shared on its website.

Over the next two-and-a-half traumatic weeks, people in the southwestern Texas town will say goodbye to the children and their teachers, one heart-wrenching visitation, funeral and burial after another. On Tuesday, Amerie and Maite Rodriguez were the first two who were being remembered.