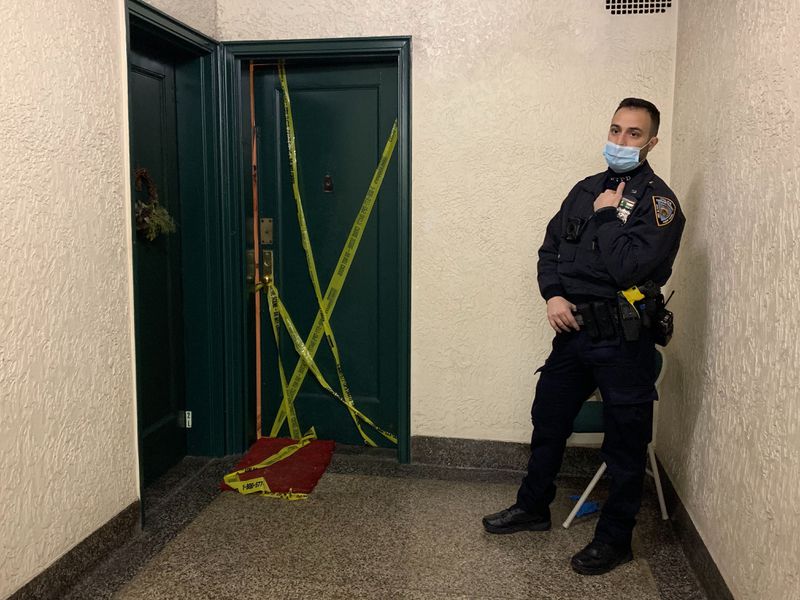 A 71-year-old man was found dead in his Manhattan apartment early Wednesday — and his much younger roommate was nabbed trying to get away down the fire escape, police said.

Police received multiple 911 calls from the apartment building on Seaman Ave. near W. 207th St. in Inwood starting around 2:30 a.m.

As cops were arriving the roommate was spotted coming down the fire escape from the second-floor apartment she shared with the victim.

The elderly victim was dead in the apartment with cuts on his body, police said. The case is being investigated as a homicide though the city medical examiner has yet determine his cause of death.

The roommate was taken into custody and is being questioned by detectives. She has a previous arrest on an arson charge for allegedly setting fire to a floor mat in the apartment in 2016, sources said.

Neighbors said the victim lived with his adopted son and and the younger man’s girlfriend, who either lived there or visited on a regular basis.

A neighbor said the elderly man had knocked on his door around dinnertime, begging to use his phone to call the police.

“His son’s girlfriend had locked herself in his bedroom with his phone,” he recalled. “He came out of his apartment and asked to use our phone. He called the police. He was physically scared of her because she’s big and strong.”

The neighbor said he didn’t hear what Fox said to cops over the phone, but they came a short time later, and Fox went back to his apartment.

“The cops came, and there was lots of yelling and shouting,” he said.

The neighbor didn’t know it, but he’d never see the man alive again.

“He seemed like a good guy,” the neighbor said. “He just had the burden of his son’s girlfriend. We’ve heard yelling before. I think she just became an unwanted guest.”

Another neighbor, Dawning Greenstreet, 44, said she saw police activity at the apartment on Sunday and Monday.

“That’s really awful. I’m really sad,” Greenstreet said. “He remembered everyone’s name on the floor. He was very sweet. He was very friendly, very welcoming. Last time I with him, it was like Saturday afternoon. He told us he was on his way to volunteer at his church to work at a soup kitchen. He said he does that often.”