Man, 28, fatally shot in Brooklyn for walking off with bar patron’s lighter 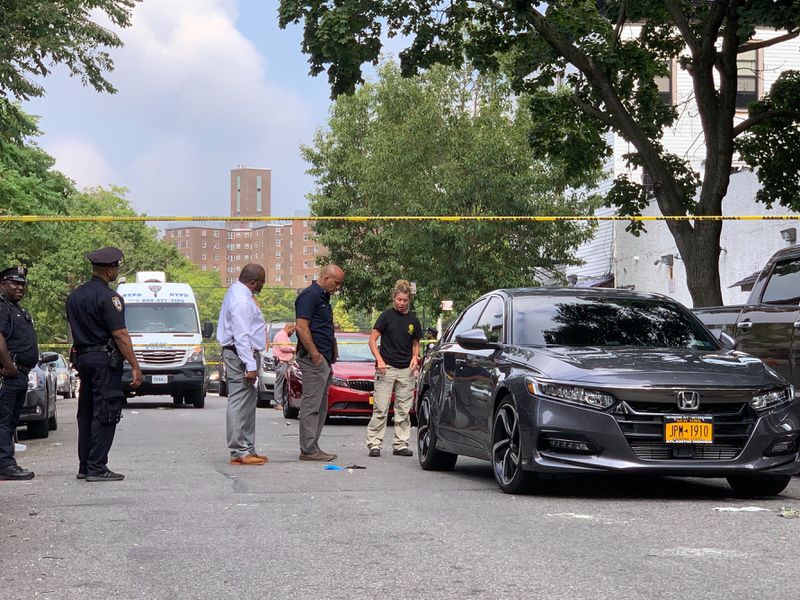 A 28-year-old man, after bolting from a Brooklyn bar with another patron’s borrowed lighter, was gunned down on the street by the infuriated lender early Wednesday, police said.

The shooter squeezed off five shots during the 1:20 a.m. confrontation on St. Mark’s Ave. near Schenectady Ave., with the victim struck in the abdomen and arm, cops said.

Medics rushed the victim, whose name was not immediately released, to Interfaith Medical Center but he could not be saved.

Just before the shooting, the victim was inside the nearby New Heights Bar and Restaurant when he asked to borrow the lighter, police sources said. He then left the bar with the lighter, sparking an argument with its owner. As the two argued, the lighter’s owner pulled a gun and opened fire.

Police said the victim had nine prior arrests, including charges of drugs, assault, driving drunk and fare evasion, police said. There were no immediate arrests in the slaying. the third in the neighborhood since Saturday.

On Sunday evening, a 53-year-old man playing handball in Lincoln Terrace Park, Christopher Ross, was killed by a stray bullet.

Early Saturday, Robert Meyers, 36, was fatally shot on Buffalo Ave. near Park Place in what police believe was a gang-related incident.

No arrests have been made in either of those homicides.

The 77th Precinct, which covers the area, has been beset by a surge in violence this year.

Through Sunday, 13 people had been murdered so far this year compared to six by this time last year. Forty people have been shot in the precinct, twice the tally at this point last year.