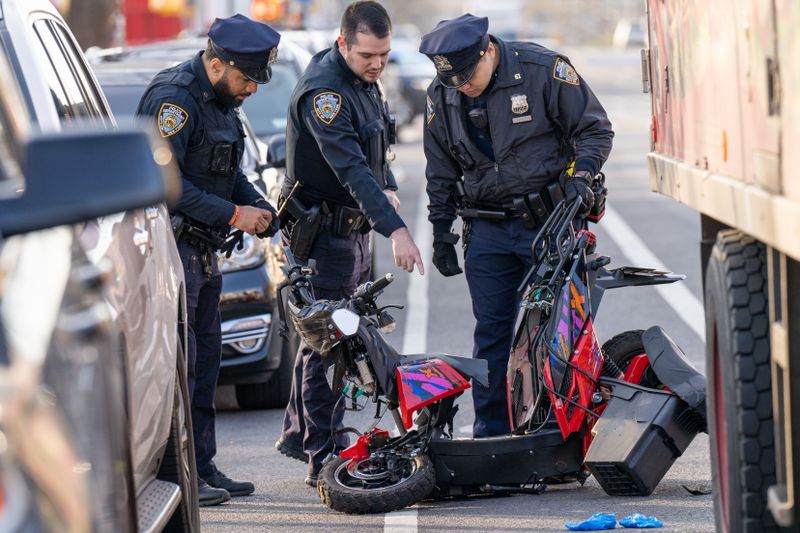 A 20-year-old man riding an electric moped in Brooklyn died after he crashed into a parked delivery truck early Thursday, launching him and his passenger into the street, police said.

The two men were riding north on 86th St. when they crashed near W. 11th St. two doors down from the famed Brooklyn pizzeria L&B Spumoni Gardens in Gravesend about 4:10 a.m., reports show.

Luis Ramos-Cumez, who was operating the moped, suffered severe head trauma and died at the scene. He lived in Bensonhurst, according to cops.

The 35-year-old man riding on the back of the moped was taken to NYU Langone Hospital—Brooklyn in serious but stable condition with a cut to his head, cops said.

The moped was severely damaged in the crash with its front nearly severed from its rear, photos from the scene show.

Ramos-Cumez’s death is the latest in a growing number of traffic fatalities so far this year. Cops reported 59 people died from crashes in the city during the first three months of 2022, up 44% from the 41 people who killed by motorists during the same period of 2021.