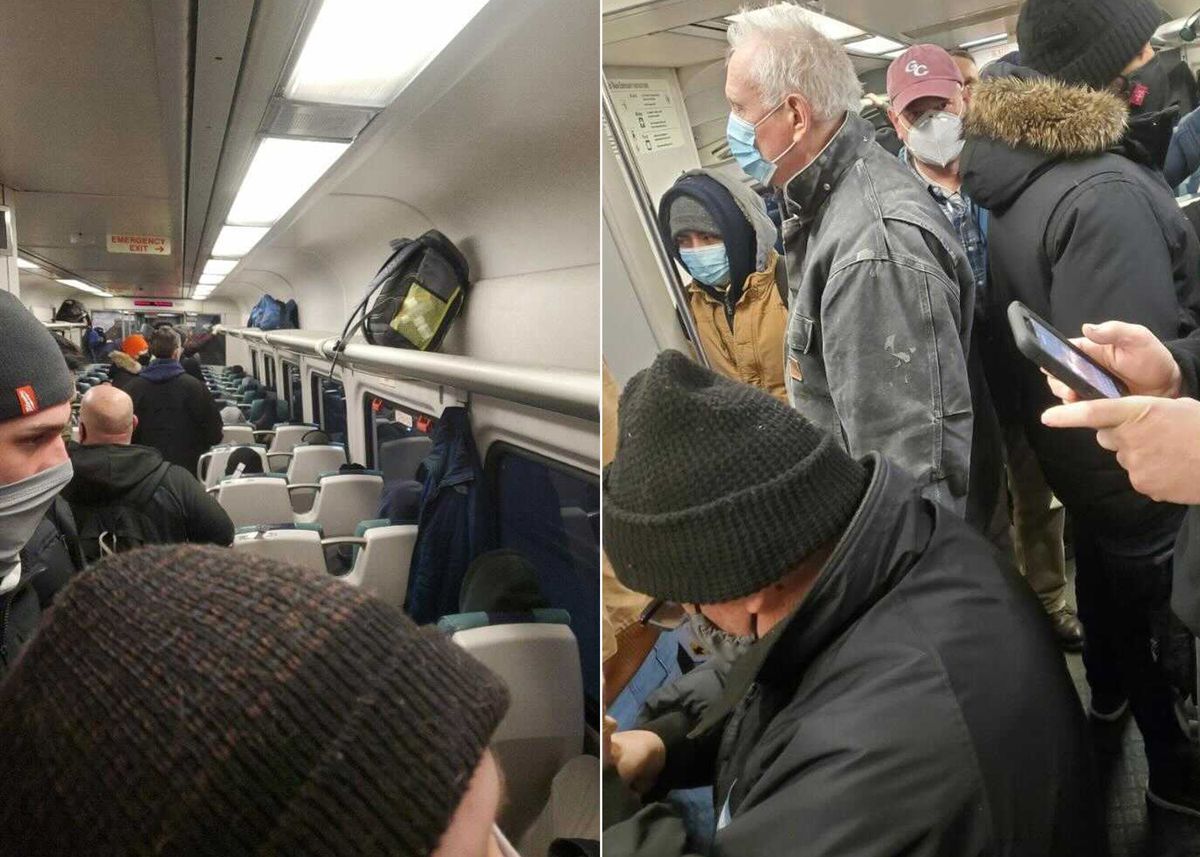 LIRR riders faced packed commutes Monday as the MTA reduced service on the railroad to near-weekend schedules on weekdays in a move transit officials called “rightsizing.”

“We had our train packed to the gills,” said Scott Stringer, 50, a civil engineer who took the 5:50 a.m. train out of New Hyde Park to Penn Station. “It’s very, very reckless and dangerous what they’re doing with the schedules.”

Stringer — who works in construction and has used the Long Island Railroad throughout the pandemic — said Metropolitan Transportation Authority officials put his health at risk.

LIRR president Phil Eng said the cramped trains were “sporadic,” and that a few more rush hour trains would be added to some lines to prevent overcrowding.

“We’re going to continue to monitor as we make adjustments,” Eng said on CBS 880.

Eng and MTA officials said the service changes were necessary to hasten construction on the railroad — and to “rightsize” service after LIRR ridership has fallen by roughly 75% during the COVID-19 pandemic to about 78,000 trips per weekday.

Sen. Chuck Schumer (D-N.Y.) called for the MTA to immediately reverse the cuts, saying that an additional $6.5 billion in pandemic relief for the agency passed by the Senate on Saturday was intended to prevent reductions in service.

If the bill passes the House of Representatives, the MTA will have received roughly $14.5 billion in relief from Congress since the start of the pandemic.

“There is 14-and-a-half billion reasons that LIRR should not cut,” Schumer said at a press conference Monday. “The whole purpose of giving Long Island Railroad and our subway system, the MTA, money is people need the trains to get to work.”

Rob Pickus, 50, who commutes to Penn Station from Hicksville, said he understands that ridership is down — but said that’s no excuse to imperil the safety of riders.

“There’s no spacing on the train anymore,” said Pickus, who also faced a tight commute Monday. “People are standing, crowded next to each other. The changes f—ed up their whole COVID protocol.”