Laura upgraded to hurricane, could make landfall as Category 3 along Gulf Coast 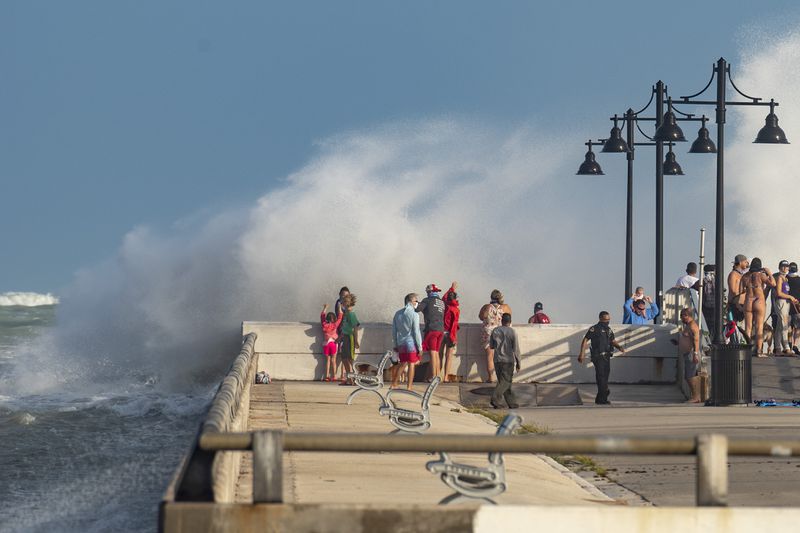 Tropical Storm Laura became a hurricane early Tuesday morning, just as the storm entered the Gulf of Mexico with Louisiana and Texas in her sight.

With winds swirling at 70 mph, Laura was upgraded at 8 a.m. by the National Hurricane Center, making her the fourth hurricane of the season. The storm currently sits about 145 miles northwest of the western tip of Cuba and about 625 miles southeast of Lake Charles, Louisiana.

At its current progression, Laura could make landfall as a Category 3 hurricane late Wednesday night or early Thursday morning.

“Make sure you are prepared, have a game-plan in place, have the supplies you need and that you monitor your local news to stay informed,” Louisiana Gov. John Bel Edwards tweeted.

At least 11 people have already died as Laura swept through the Dominican Republic and Haiti, knocking out power and causing flooding.

A hurricane watch is in place from San Luis Pass, Texas, west to Morgan City, Louisiana.

“Significant strengthening is forecast during the next 48 hours, and Laura is expected to be a major hurricane at landfall,” according to the National Hurricane Center.

The hurricane could cause storm surges as high as 11 feet along the coast, accompanied by “large and destructive waves,” forecasters warned.

Thurman Bartie, the mayor of Port Arthur, Texas, issued a mandatory evacuation order Monday night, mandating that the city’s more than 54,000 residents leave town or enter an official shelter with a bag of personal belongings and a mask.

“If you decide to stay, you’re staying on your own,” Bartie said.

“With the uncertainties of this storm and its increasing strength, we need to take all necessary precautions to protect our residents,” Galveston Mayor Pro Tem Craig Brown said. “It’s imperative that you make plans this morning to secure your homes and move you and your family to safety off island.”

Major League Baseball has already rescheduled Thursday’s game in Houston, planning a doubleheader Tuesday between the Astros and the Los Angeles Angels, and postponed Wednesday’s game.