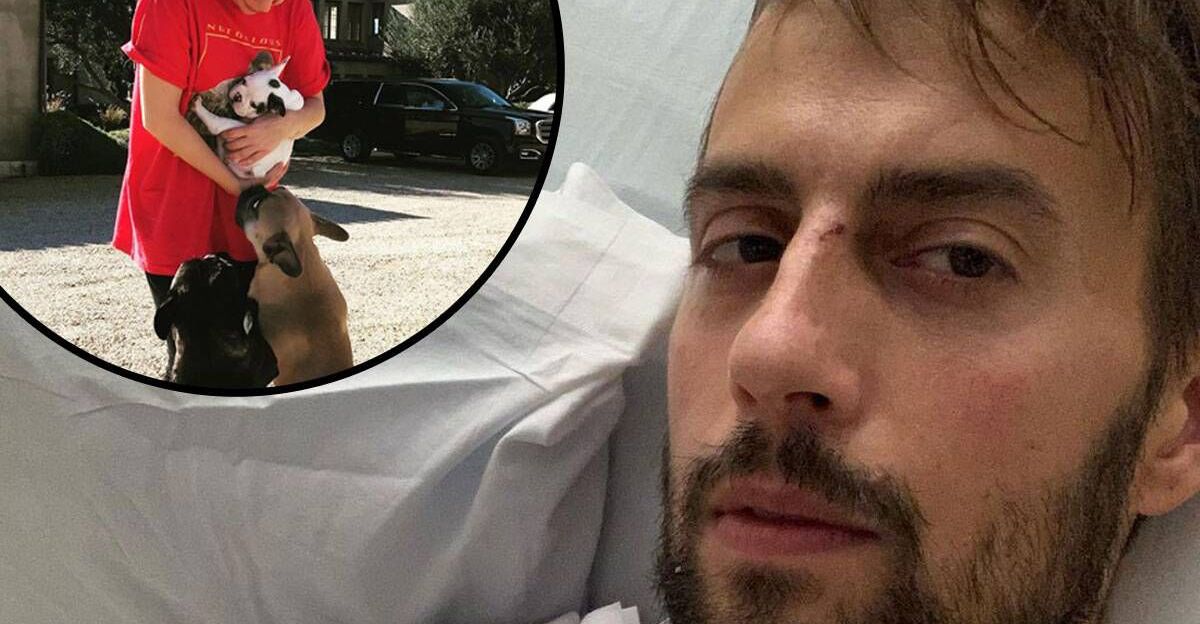 Lady Gaga’s dogwalker broke his silence from his hospital bed Monday, sharing new details of the armed ambush and dognapping that left him bleeding on a sidewalk last week.

Ryan Fischer, 39, said he had a “very close call with death” when he was shot by muggers who made off with two of Gaga’s three beloved French bulldogs in Los Angeles Wednesday night.

He credited Miss Asia, the dog who managed to evade capture, with soothing his terror in the first critical seconds after the horrific Hollywood holdup.

“Four days ago, while a car sped away and blood poured from my gun shot wound, an angel trotted over and laid next to me,” he said in the first of a pair of Instagram posts.

“My panicked screams calmed as I looked at her, even though it registered that the blood pooling around her tiny body was my own,” he wrote.

“I cradled Asia as best I could, thanked her for all the incredible adventures we’d been on together, apologized that I couldn’t defend her brothers, and then resolved that I would still try to save them… and myself,” he wrote.

He called the pet his “guardian angel” and said the shocking attack caused his life to take “a very sudden and unexpected turn.”

One of the hospital pics he shared showed him with a breathing apparatus used for intubation strapped to his face.

“I am still in recovery from a very close call with death and have kept myself (for the most part, I mean I am human) from the growing media story,” he wrote.

Fischer expressed “immense and intense” love and gratitude to everyone who sent him their “healing support,” especially the singer herself.

“Your support as a friend, despite your own traumatic loss from your kids, was unwavering. I love you and thank you,” he wrote to Gaga.

He thanked the first responders and hospital workers, saying they literally saved my life and helped me take newborn walks.”

“And now? A lot of healing still needs to happen, but I look forward to the future and the moment when I get bombarded with kisses and licks (and maybe even an excitement pee?) from Asia, Koji, and Gustav,” he wrote.

Cops said the woman was likely “uninvolved” in the attack, and the pooches were unharmed.

“I am humbled and grateful that attention and focus from the police were enough to get Koji and Gustav back to safety, and I know they are committed to bringing these criminals and attempted murderers to justice,” Fischer wrote Monday.