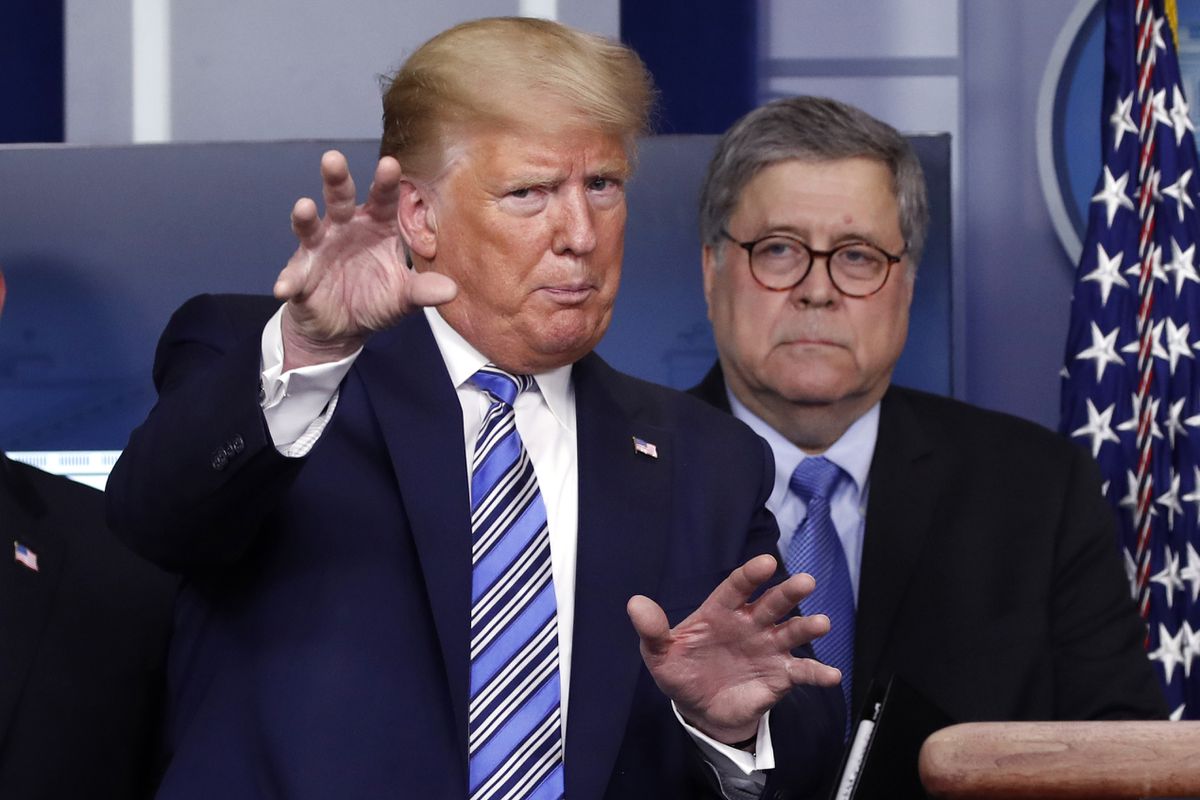 A federal judge has ordered the Justice Department to release a confidential memo that former Attorney General William Barr cited as justification for not charging ex-President Donald Trump with obstructing Robert Mueller’s special counsel investigation into his campaign’s ties to Russia.

The March 24, 2019 memo was crafted by the Justice Department’s Office of Legal Counsel to review the Mueller report’s refusal to exonerate Trump of obstruction — and Barr leaned heavily on the document in declining to charge the former president with a crime.

In a ruling released Tuesday, U.S. District Court Judge Amy Berman Jackson sided with CREW and ordered the department to release the memo because she wrote that it obscured the document’s “true purpose” in withholding it.

Despite Barr’s claims to the contrary, Berman wrote that the memo contained “strategic, as opposed to legal advice” and that both the Office of Legal Counsel and the attorney general knew beforehand that there would not be any attempt by the Justice Department to charge Trump with a crime.

“In other words, the review of the document reveals that the Attorney General was not then engaged in making a decision about whether the President should be charged with obstruction of justice; the fact that he would not be prosecuted was a given,” Jackson wrote.

Jackson gave the Justice Department two weeks to reply whether it intends to abide by her order or challenge it in a higher jurisdiction.

A spokesman for the department did not return a request for comment, and neither did a representative for Trump.

Barr cleared Trump of obstruction and conspiracy to help Russia interfere in the 2016 election in a four-page summary released in late March 2019, delivering a major victory for the former president weeks before Mueller’s full 448-page report saw the light of day.

Mueller — who wrote in his report that he could neither “conclude that the president committed a crime” nor “exonerate him” — later complained to Barr that the brief summary didn’t accurately reflect his findings and caused “public confusion.” At that point, however, Trump had already seized on Barr’s summary to bolster his claim that Mueller’s probe was a political “witch hunt.”