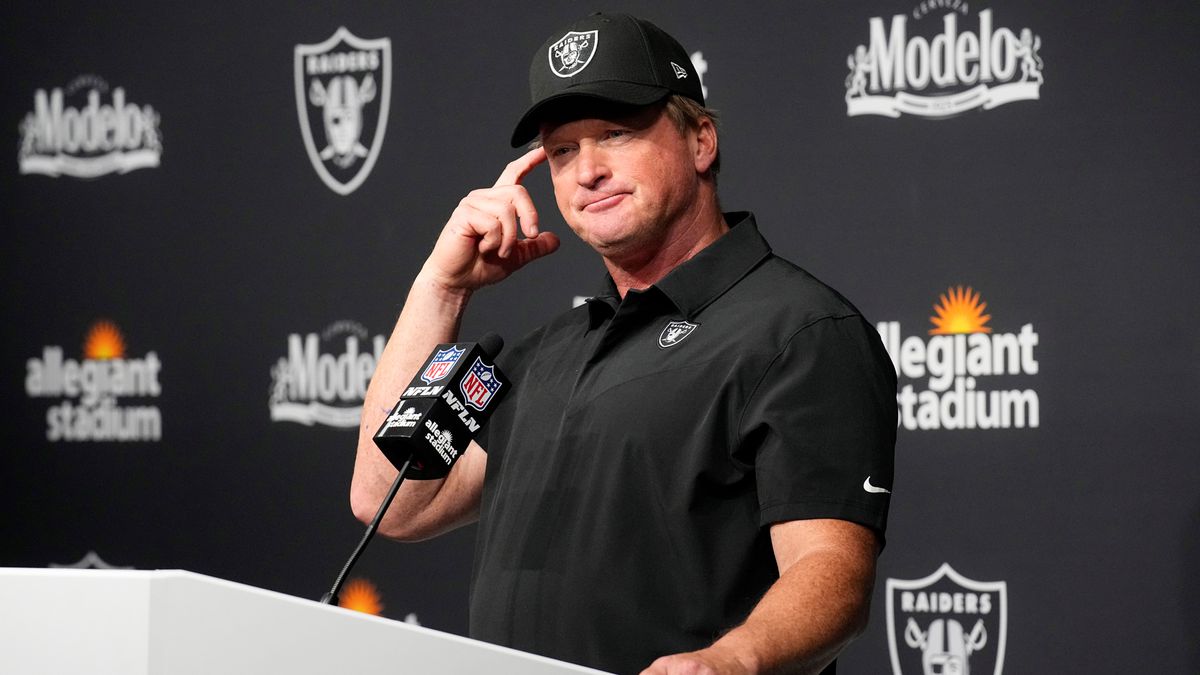 A new tranche of Jon Gruden emails was released Monday night, making it clear that the racist email he sent about DeMaurice Smith was not an anomaly.

In the emails, Gruden uses a number of misogynist and anti-gay slurs to disparage everyone from Roger Goodell to Joe Biden. He calls both men a “p—y” and Goodell a “f—-t” who pushed the Rams to draft “queers” when they picked Michael Sam.

The emails were reported by the New York Times. Sam was the first openly gay player drafted by an NFL team, in 2014; Gruden’s previously reported racist email about Smith was from 2011.

Gruden quit as Raiders coach Monday night. He coached the Raiders to a loss to the Bears on Sunday, two days after the first email was reported by the Wall Street Journal.

The emails were discovered by the NFL in an investigation into sexual harassment in the Washington front office. Gruden was exchanging emails with then-Washington GM Bruce Allen and several executives, including a founder of Hooters.

According to several reports, the NFL had flagged the emails to the Raiders last week. The Wall Street Journal reported on the 2011 email about union head DeMaurice Smith last Friday.

In that email, Gruden wrote “Dumboriss Smith has lips the size of michellin tires.” Over several non-apologies last week, Gruden claimed “I don’t have a racial bone in my body,” and said he didn’t remember writing the email.

“I have resigned as Head Coach of the Las Vegas Raiders,” Gruden said in a statement Monday night. “I love the Raiders and do not want to be a distraction. Thank you to all the players, coaches, staff, and fans of Raider Nation. I’m sorry, I never meant to hurt anyone.”

At the time of the emails, Gruden was a broadcaster for ESPN, where he was the color analyst on Monday night football from 2009 to 2017. “The comments are clearly repugnant under any circumstance,” ESPN said in a statement Monday night. Gruden returned to NFL coaching in 2018 after a decade-long hiatus. He signed a ten-year, $100 million deal to coach the Raiders, ultimately making it five games into his fourth season.

The Times also described emails Gruden sent as dismissive of women refereeing in the NFL and players kneeling in protest during the national anthem.

According to the Times, the disparaging and anti-gay emails about Goodell were because Gruden “disapproved of Goodell’s emphasis on safety” as the NFL dealt with growing scrutiny over concussions.

Gruden harped on the concussion issue, according to the Times. In 2017, when emailed a Yahoo article about Black players seeking league help in anti-racism initiatives, Gruden wrote that Goodell “needs to hide in his concussion protocol tent.”