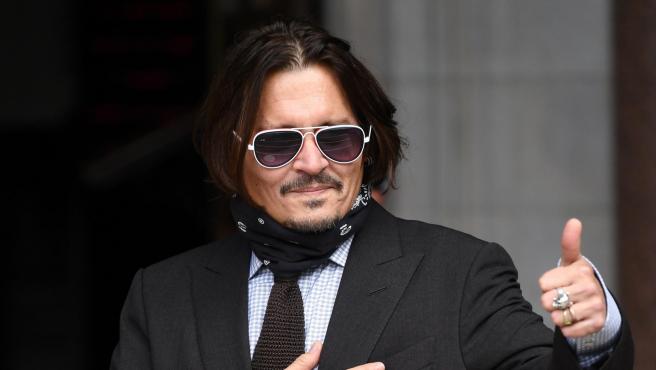 The lawyer, Sasha Wass, asserted to a London court that there’s “overwhelming evidence of domestic violence or wife-beating behavior, cataloged over a three-year period.”

“Permeating all of the evidence in this case is the character of Mr. Depp himself — his well-documented evidence of violence and destruction over his adult life which have occurred when he was under the influence of drink and drugs,” Wass said Monday.

Depp has repeatedly denied the allegations.

The “Sweeney Todd” actor, 57, is suing The Sun’s publisher, News Group Newspapers, as well as the British tabloid’s executive editor, Dan Wootton, after the outlet ran an article in 2018 referring to him as a “wife-beater.”

A lawyer for Depp is scheduled to give closing arguments on Tuesday. Depp was not present at the High Court on Monday.

The case has featured three weeks of testimony, with Heard, who is not on trial, appearing in court and accusing Depp of committing multiple acts of violence, including a claim that he once threw about 30 bottles at her as if they were “grenades or bombs.”

“Johnny, when he was clean and sober, could be a wonderful person, generous, loving,” Heard said last Thursday. “He’s a remarkable man when he’s like that and I loved him. The other side of him was a monster but I always held out hope he would get clean and sober.”

In the libel case, The Sun’s defense is based on 14 incidents of alleged violence between 2013 and 2016 that Heard has accused Depp of.

The tabloid’s lawyer asserted in her closing argument Monday that Depp “created a misogynistic persona” of Heard “as the stereotype of a nagging woman.”

Depp has contended Heard, 34, was the aggressor and denied that drug use led to him being violent.

Earlier this month, Depp claimed that Heard hit him with a “haymaker” punch following her 30th birthday party in April 2016.

The Hollywood stars began dating after meeting on the set of their 2011 movie “The Rum Diary.” They married in 2015 and finalized their divorce in 2017.