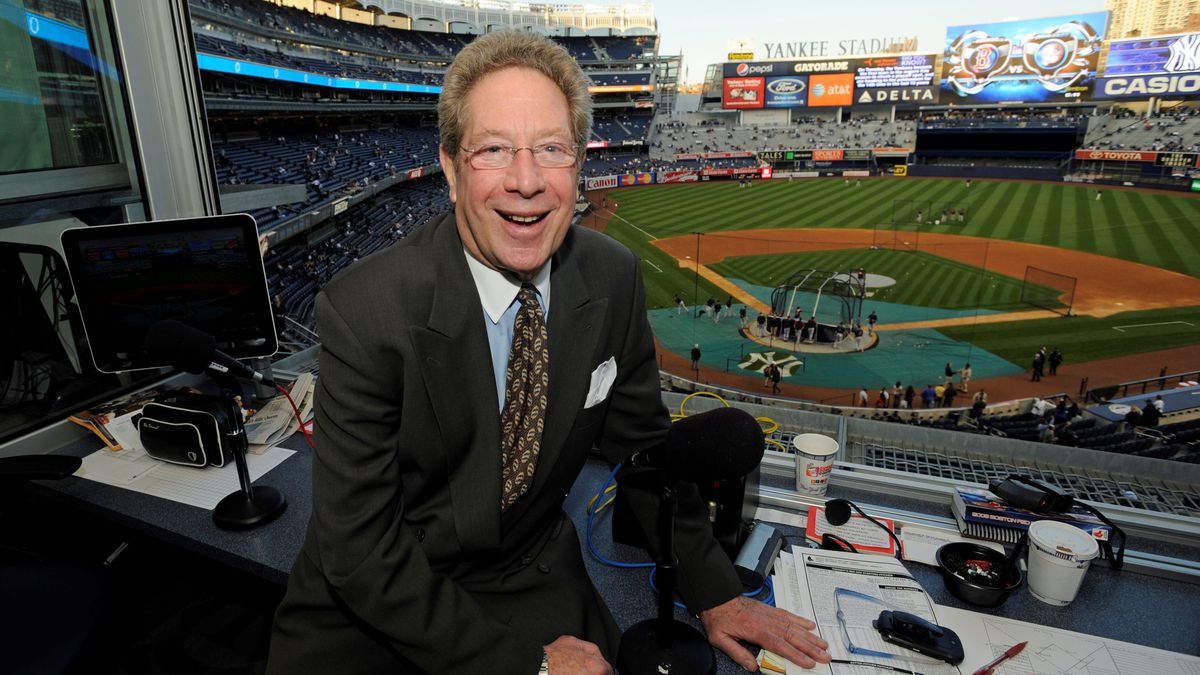 The team’s Spanish-language radio broadcaster came to the rescue of fellow team broadcaster, 83-year-old John Sterling, who was trapped in his car in rising flood waters as heavy rains from the remnants of Hurricane Ida ravaged New York and New Jersey. Ricardo said because of poor cell service, it took him about 10 tries to even reach Sterling, who was stranded somewhere in New Jersey.

“He answered the phone and I said, ‘John, it’s Rickie. Where are you,’” Ricardo recalled in a WFAN appearance on Thursday. “So John is trying — in the dark because the lights are out — so he’s trying to describe to me where he’s at. He goes ‘oh I’m in front of this Chinese restaurant on the corner of this bagel shop.’ And he’s in his car and the water’s rising.

Our own @RR_RicardoFAN is a hero? Indeed, he told @MandMWFAN on today’s #OutToLunch how he rescued a stranded John Sterling after last night’s Yankees game. pic.twitter.com/KRkCKWUa3N

Ricardo, Sterling and Michael Kay all struggled to leave Yankee Stadium after broadcasting Wednesday night’s win over the Angels from there. (To their great chagrin, Yankee TV and radio broadcasters have worked remotely for road games this season.) As Ricardo commuted to his home in New Jersey, he says he got a call from fellow radio voice Suzyn Waldman, who works from home when the Yankees are on the road. (Ricardo and Sterling live near each other in New Jersey.)

“She says ‘John is stuck on River Road in Edgewater,’” Ricardo said. “I said, ‘Alright Suzyn I’m on my way.’

“There are at least 25 cars stranded,” Ricardo said of the view when he arrived. “His car now — his wheels are completely covered in water.”

Wrapping up a 4 game sweep of the 2017 Subway Series. The voices of NY Yankees Radio the great John Sterling & myself pic.twitter.com/bQRIS7uj8a

Ricardo rolled up his pants, got out of his car and waded in the water to Sterling’s car.

“Finally get John settled into my Jeep and he’s kinda shell shocked and I don’t blame him,” Ricardo said. “The adventure is to get the extra half mile from where he was stranded to his apartment.”

Ricardo said it took an hour and help from local police officers to get Sterling that half mile home because of the flooding.

As for Kay, he left the Stadium and tried to return to his home in Connecticut, which was starting to flood. He never actually made it out of the Bronx and stayed at Fordham University because driving conditions were too dangerous.

“Tried to make it home from Stadium because my house is flooding and the kids are scared,” Kay wrote on Twitter Wednesday night. “Couldn’t find a route that was not flooded. I eventually found a safe haven at my alma mater and will wait it out at Fordham. Don’t try to drive. Please.”

At least 12 New York City residents died in the flooding, which dumped a record of 3.1 inches in just an hour at Central Park and five to nine inches total.