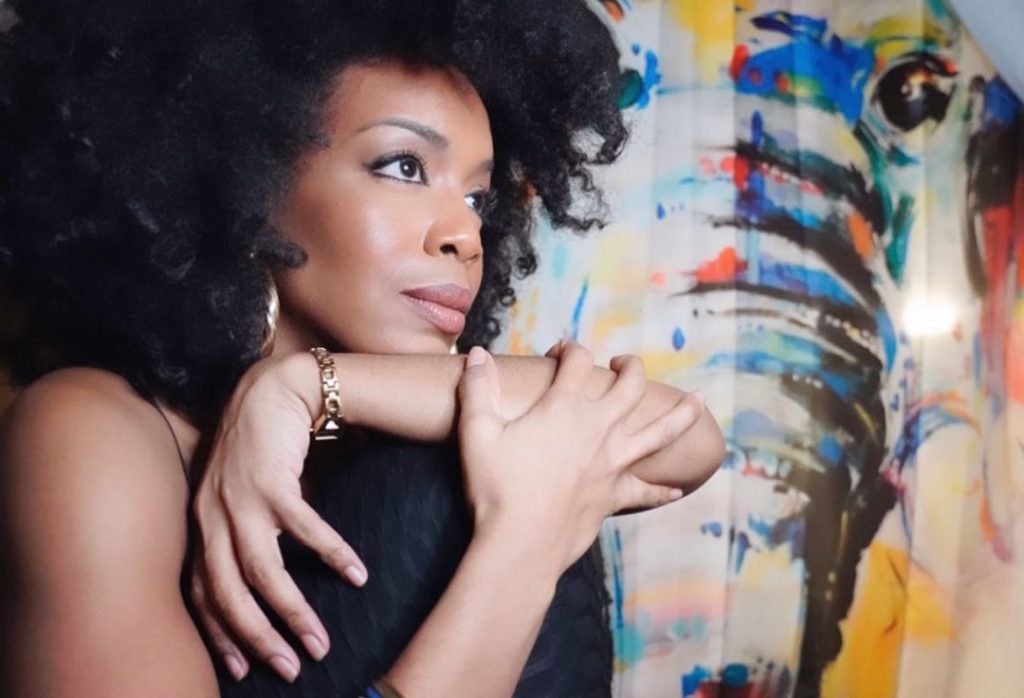 Jessica Frances Dukes knew from a young age that she wanted to act.

“I never wanted to do anything else,” said Dukes. “My mother would play with and nurture the artistic spirit in me.”

Dukes was born and raised in Riverdale, Maryland, and would often divide her time between Riverdale and Washington, D.C. After receiving her master’s degree in acting from Catholic University of America, Dukes found herself getting calls from the D.C. theater community.

“In grad school, we did showcases in New York and in D.C. I started getting a lot of calls from the D.C. market,” said Dukes. “I was teaching at Howard University and Montgomery College while taking part in the Woolly Mammoth Theatre Company and several other companies, where I really got to grow who I was as an artist.”

Eventually Dukes went to New York to perform in “BootyCandy” at Playwright Horizons, which landed her an Obie Award. Dukes was in an Off-Broadway production of Lynn Nottage’s “By The Way, Meet Vera Stark.” She knew the role was special so she and her agents sent a pair of tickets to Alexa Fogel’s office, who do the casting for “Ozark.”

“I’m not sure who actually from Alexa Fogel’s team came to the show, but I ended up with an audition a week later,” said Dukes.

Dukes plays Special Agent Maya Miller, who is brought in to investigate the casino run by Marty and Wendy Byrde, played by Jason Bateman and Laura Linney. As a fan of “Ozark” herself, Dukes was excited for a chance to learn from the show’s cast and crew.

“The writers and directors on ‘Ozark’ are the creams of the crop. Jason Bateman and Laura Linney are both such masters of the craft,” said Dukes. “To be in the same room as them was amazing. ‘Ozark’ is one of my favorite shows, and to get to learn from them was just gold.”

Marty & Maya Hard at Work! @Ozark @Netflix #OzarkS3 #Ozark #AgentMayaMiller #MartyByrd #capricornsbelike Working with #JasonBateman is a Dream and a MasterClass all in one!

Prior to joining the cast of “Ozark,” Dukes had performed on a number of television sets as one-off characters, having guest-starred on shows such as “NCIS: New Orleans,” “New Amsterdam,” and “The Good Wife.” Dukes’ time on television sets gave her just a small taste of what she could expect while on the set of “Ozark.”

“I compare it to this: going on set for one to two weeks is like taking classes, which prepares you for the exam, which was ‘Ozark,’” said Dukes.

For Dukes, it’s not possible to pick a favorite between stage and screen acting because they are completely different artforms.

“Being on set is a completely different set of tools. It’s like switching from basketball to football, you have to learn all new plays and equipment,” said Dukes. “I wouldn’t say one is better than the other, it’s like apples and oranges.”

So far, the reception for the latest season of “Ozark” has been good. At the time of publication, the third season has gained a 97% on Rotten Tomatoes, plus a 92% audience score. Dukes loves that she gets to be a part of watching the world react to the new season.

“I’m like a kid in a candy shop reading through the comments about the season,” said Dukes. “Watching the world get excited for “Ozark” to come out, it was thrilling to be a part of something that took people’s minds off of what we were going through.”

Dukes hopes to inspire young aspiring artists, saying that they should keep working hard because you never know what opportunity could cross your path.

The third season of “Ozark” is now streaming on Netflix.