‘It seemed like it’: Trump calls Beirut explosion ‘a terrible attack’ despite lack of evidence 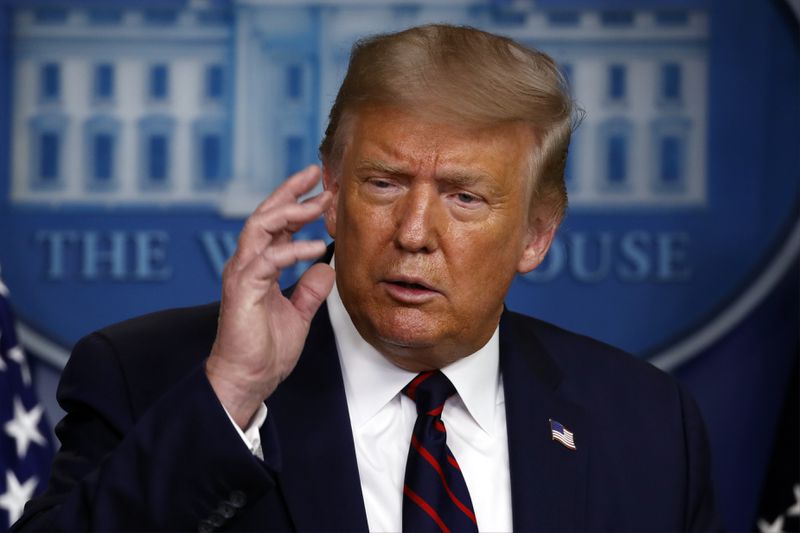 President Trump called the massive explosion that rocked Lebanon’s capital on Tuesday a “terrible attack,” even though local officials are still investigating the blast and have yet to report a cause.

In a briefing from the White House, Trump said he had met with his “great generals” and that they “seemed to feel” that the blast in Beirut was caused by a bomb.

“It seemed like it, based on the explosion,” Trump said. “According to them, they would know better than I would, but they seem to think it was an attack. It was a bomb of some kind.”

A Pentagon spokesman did not immediately return a request for comment.

The horrific explosion flattened much of a port in the Lebanese city. Shockwaves from a giant mushroom cloud that billowed into the sky damaged buildings across the capital.

More than 70 people have been reported dead, with another 3,000 wounded, according to Lebanese officials. The death toll is expected to rise, as emergency personnel are scrambling to dig out bodies buried under rubble.

Abbas Ibrahim, chief of Lebanese General Security, said the blast may have been triggered by ammonium nitrate, a highly explosive substance, that had been stored in large quantities at a warehouse at the port after being confiscated from a ship.

“It is unacceptable that a shipment of ammonium nitrate estimated at 2,750 tons has been present for six years in a warehouse without taking preventive measures that endanger the safety of citizens,” Diab wrote in the message.