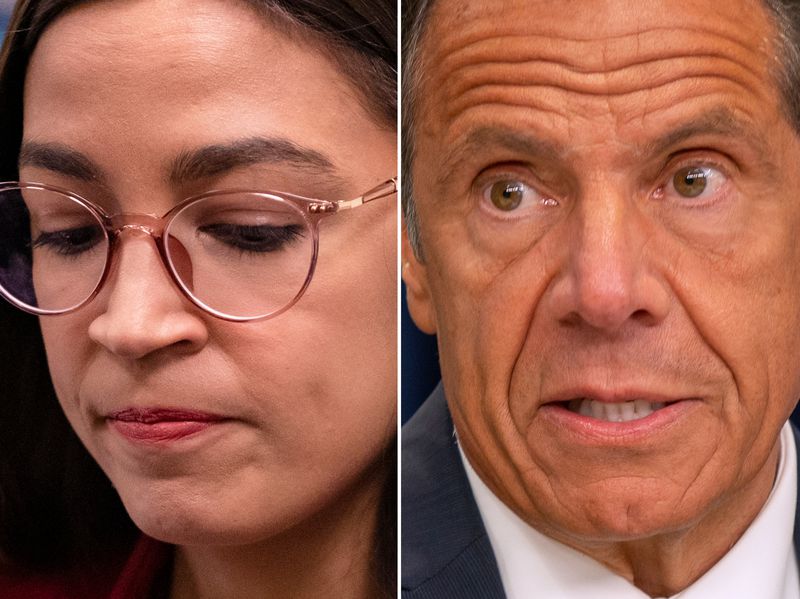 A self-described “political nobody” from upstate New York ruffled some feathers Tuesday as he nominated Rep. Alexandria Ocasio-Cortez to challenge Gov. Cuomo’s bid to lead the state’s delegation to the Democratic National Convention.

Cuomo easily beat back the surprise challenge by a 218-34 margin, meaning he will after all lead New York’s delegation to the Aug. 17-20 Democratic convention in Milwaukee, where Joe Biden is expected to be officially nominated as the party’s presidential candidate.

Still, State Party Chairman Jay Jacobs was furious over the Zoom stunt — especially since it at first wasn’t clear who had pulled it off.

“They were advancing just an effort to embarrass the governor for no other reason than they wanted to embarrass him. And the only ones they embarrassed were themselves because they only got 13% of the vote, which is humiliating,” Jacobs fumed in a phone interview on Wednesday. “These guys were a rogue group of progressives, who in the name of progressivism, were really advancing anarchy.”

The Daily News was able to confirm Livingston’s identity on Wednesday.

The ex-upstate politician, who lost his Binghamton City Council seat last year, said he acted without Ocasio-Cortez’s knowledge. He also pushed back against Jacobs’ rebuke.

“I’m a duly elected delegate. There’s nothing rogue about what I did,” Livingston told The News. “I’m a political nobody, but I think it’s important for people to have a platform to dissent … I don’t think we’re any better off trying to stifle dissenting voices.”

Livingston, 35, a Bernie Sanders-backing delegate, was elected to office the same year as Ocasio-Cortez and said he feels a certain kinship with her.

“She’s a political rockstar, and we both came into politics on the same political wave,” he said. “I had an opportunity to nominate somebody, and I feel like Alexandria Ocasio-Cortez has really stood out in her career and she’s certainly a political figure that I admire.”

Lauren Hitt, a spokeswoman for Ocasio-Cortez, declined to comment on Livingston’s actions besides saying the congresswoman wasn’t looped in beforehand.

“We were completely surprised by it,” Hitt said.

Jacobs said the 11th-hour nomination sowed unnecessary discord, even as the New York delegation will be limited in size to avoid crowding at the already scaled-down Milwaukee convention amid the coronavirus pandemic.

“One of the things in my life is that I speak up even when people don’t want to listen,” he said. “It might be annoying, but it’s necessary.”