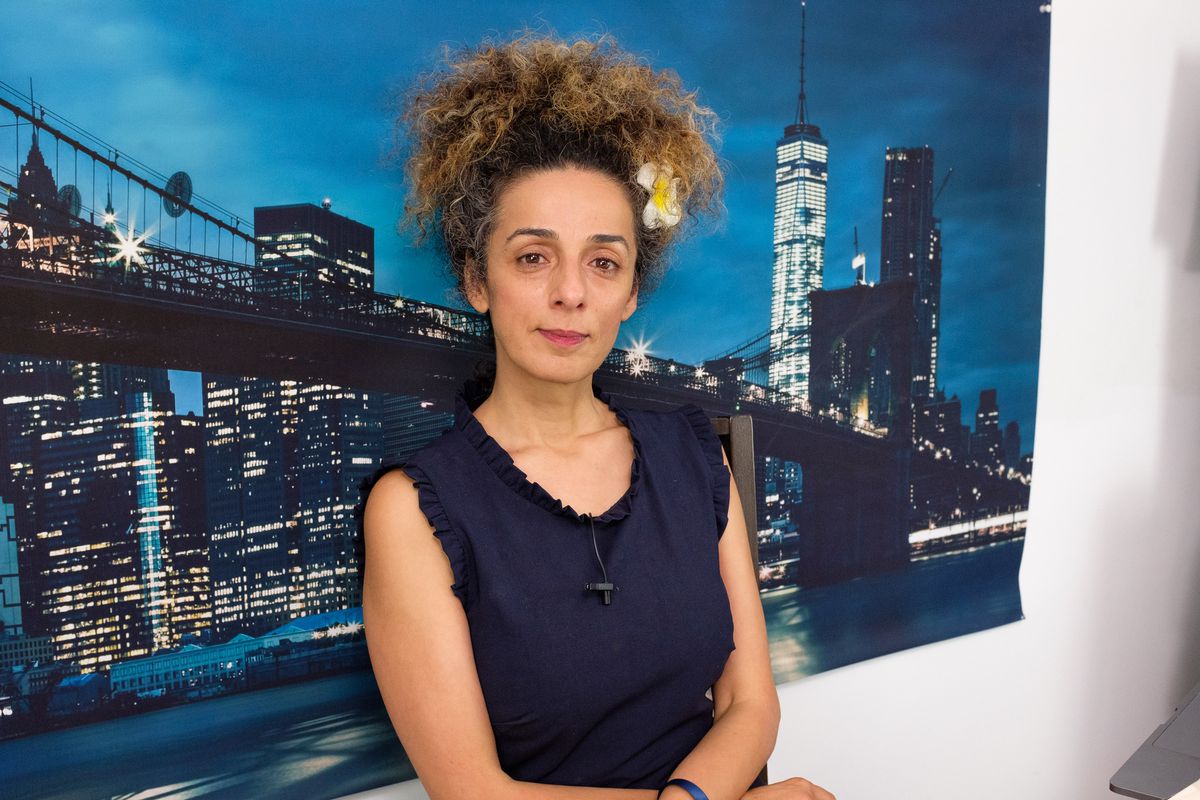 An Iranian intelligence officer and a network of accomplices tried to kidnap a prominent U.S. journalist and author from her Brooklyn home to silence her criticism of the Iranian regime, federal prosecutors allege.

Prosecutors allege a disturbing plot by the Iranian government aimed to grab activist Masih Alinejad and lock her up in an Iranian prison. Their plans included spying on her home for months and researching the best route to the Brooklyn waterfront — where they hoped to shove her in a military-style speedboat headed for Venezuela.

“I was in three safe houses, and they were following me,” Alinejad, 44, told the Daily News. “I think I’m living in a movie. I’ve cooperated with the FBI for the last eight months.”

Federal prosecutors in Manhattan indicted Alireza Shavaroghi Farahani, 50, an Iranian intelligence official who resides in Iran, and four accomplices, in the kidnapping scheme.

Only one has been arrested so far — Niloufar Bahadorifar, 46, of California. Farahani and three others, Mahmoud Khazein, 42, Kiya Sadeghi, 35, and Omid Noori, 45, remain at large.

The indictment doesn’t name Alinejad, but she spoke out at length about the plot, and posts on her Twitter page make it clear she was the intended target.

Alinejad is known for her fierce activism against the law requiring women in Iran to wear a hijab, and in 2019, she sued the Iranian government in federal court, accusing it of harassing her family and imprisoning her brother. She fled Iran in 2009, and became a U.S. citizen in 2019.

“I have 5 million followers on my Instagram… I’m giving a platform to people inside, challenging the compulsory hijab, and challenging the religious dictatorship,” she told The News. “All the years and years they called America the great Satan, the biggest enemy. But they’re scared of their own people. That’s why they sent officers from the intelligence service to Brooklyn to kidnap me.”

She said she was horrified by the news last year that the Iranian government had executed Ruhollah Zam, a dissident journalist living in France. Federal prosecutors said he was lured by Iranian intelligence services to leave France in October 2019, and captured him.

“My heart was broken following the news of his execution, and I was like, ‘Wow, they’re trying to exactly do the same to me.’ It’s scary but it gives me hope. I give voice to the voiceless people inside Iran,” she said.

In a 2020 column in the Washington Post, the activist said the Iranian government had started “a social media campaign calling for my abduction.”

“This is not some far-fetched movie plot,” FBI Assistant Director William F. Sweeney Jr. said Tuesday. “We allege a group, backed by the Iranian government, conspired to kidnap a U.S. based journalist here on our soil and forcibly return her to Iran. Not on our watch.”

Starting in 2018, federal prosecutors allege, Iranian government officials tried to bribe her relatives, who still live in Iran, to invite her to travel to a third country, where they plotted to arrest and return her to Iran to be imprisoned. The relatives refused.

“They arrested my innocent brother. They sent him to prison for 8 years to punish me, to keep me silent,” Alinejad told The News. “They interrogated my 70-year-old mother. They brought my sister on Iranian national television to disown me.”

And starting June last year, the Iranian government hired private investigators to “surveil, photograph and video record” Alinejad and the members of her household in Brooklyn, “as part of the plot to kidnap (her) for rendition to Iran,” prosecutors allege.

Farahani oversaw the plot from Iran, receiving photos of her house through his intelligence network, which has run similar operations in Canada, England and the United Arab Emirates, they charge.

Khazein, a volunteer auxiliary member of the Islamic Revolutionary Guard Corps and the CEO of a company that imports marine, construction and agriculture equipment to Iran, is described by prosecutors as an intelligence asset of the Iranian government.

He researched Alinejad’s home in Brooklyn, and tried to find routes to the waterfront, prosecutors allege.

Sadeghi hired a private investigator under the fiction that he worked for a company in Dubai looking to collect debts and retrieve stolen money, prosecutors say.

“We require your services to conduct surveillance on potential address of missing person… Will need high quality pictures/video of persons living in the address and cars they drive,” he allegedly wrote in an e-mail to a Manhattan private investigator last July.

Bahadorifar was working in a department store in California, but managed to make more than $472,000 in unexplained cash deposits to her bank account, and paid a private investigator on Khazein’s behalf, prosecutors allege.

Sadeghi’s requests got more specific, telling the investigator to take pictures of objects around her house, and warning that she had put up security cameras. He wanted 10 photos and five minutes of film for every hour of the surveillance, and pictures of everyone coming and going.

By February, he was asking for live video footage with a “discreet 4k camera,” prosecutors allege.

“The FBI contacted us eight, nine months ago. They said there is a plot to kidnap you,” Alinejad’s husband, Kambiz Foroohar, said. “We didn’t take it very seriously, we said, ‘Get in line, there are lots of threats. We get death threats every day. Then they showed us the surveillance photos.”

He said a U.S. government agency intercepted communications back to Iran, and alerted the FBI.

“They hired a private detective to surveil. The story was that we owed money to another family in Dubai, it was one Middle Eastern family against another. Then the FBI flipped him (the detective).”

The FBI encouraged Alinejad to broadcast live videos to her social media followers from several locations, then tracked down which of those videos caught the attention of Iranian intelligence officials, she said.

“This is the first time in my life I’ve said thank you to the police. I said that to the FBI. I wanted to hug every single officer in the FBI,” she said. “I’m thankful to the FBI. I’m expecting the Biden Administration to support us.”