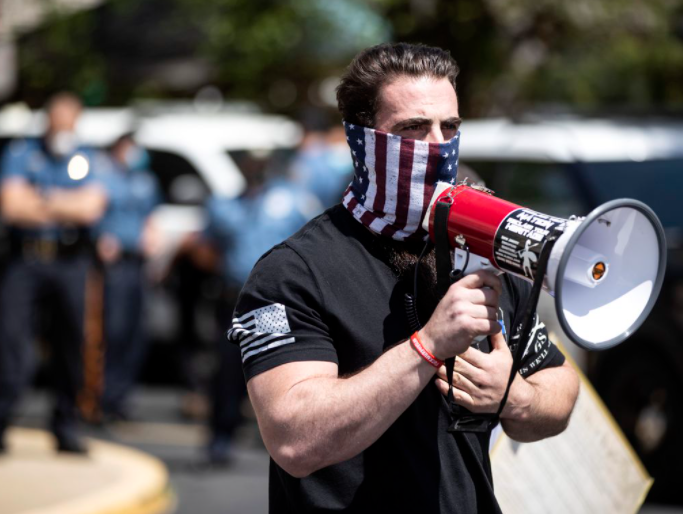 The New Jersey gym owner who resisted pandemic lockdown restrictions has doubled down by offering free gym memberships — not to mention medical advice — to new customers.

“In light of Krispy Kreme giving free doughnuts for receiving the CVD shot, here at The Atilis Gym we are giving out free memberships to all who don’t get vaccinated,” reads a tweet from @IanSmithFitness.

The unverified Twitter account with 17,000 followers is that of infamous gym owner Ian Smith, the Press of Atlantic City reported. The offer also appeared on Smith’s Instagram page.

According to Smith, exercise and vitamins are the best way to kill the virus that has taken the lives of more than 540,000 Americans in the past year.

“We believe in health — the real way,” he wrote. “Exercise, good diet, plenty of Vitamin D, Zinc, and an environment to destress.”

The hulking Bellmawr, N.J. gym operator stared down Garden State officials in 2020, occasionally appearing on Fox News to rally against safety measures that would have shut down his business.

Indeed he was jailed in July, according to ABC News, but that only seemed to strengthen his resolve.

Numerous Twitter users lashed out at Smith after he posted his COVID coupon Tuesday, reminding the 34-year-old muscle man that his poor judgment once landed him prison time and led to another person’s death.

“Yeah thanks for supporting Bellmawar’s most famous killer,” wrote Twitter user Macho Macho Man. “Kevin Ade would be 31 right now. Think about that Ian. Ian claims he doesn’t run from his mistakes but he’s causing more deaths by discouraging vaccinations.”

Ade was killed in April 2007 when Smith hit him with a car while driving drunk. Press of Atlantic City reports that Smith was sentenced to 5½ years in prison for his actions. He said in a 2020 Instagram confession “There’s nothing I can do but give back.”

Smith’s 2007 incident came up time and again in response to his free membership offer for anti-vaxxers. Another Twitter user responded to his latest post by stating “Killing people is pretty much your thing.”

Not everyone wrote Smith off as a bench-pressing COVIDIOT.

“Wish I was closer so I could take advantage of your offer and gym use,” tweeted Sonda T. “I won’t restrict my breathing ever! And won’t be injecting poison into my body EVER!”

“Yea because I wanna go to a gym where they think some exercise, vitamins and a little Windex will cure COVID-19,” Banko joked.