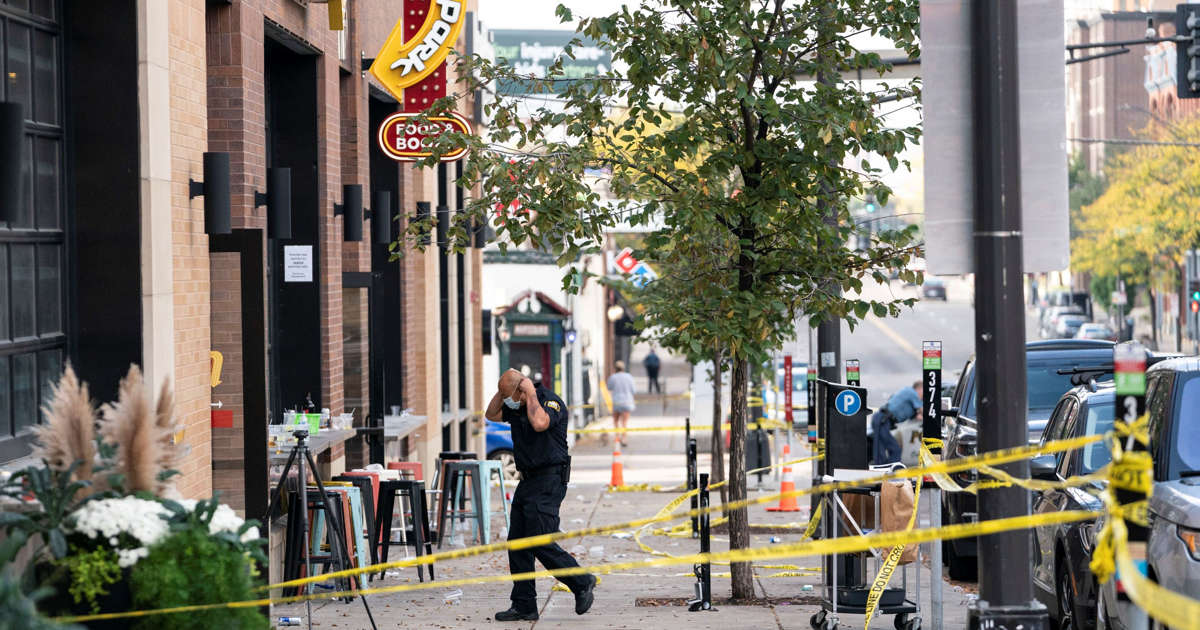 A 27-year-old woman is dead after a shootout in a St. Paul, Minnesota, bar in which 14 others were wounded.

It was early Sunday morning, around 12:15 a.m., “when multiple individuals decided to pull out guns, with no regard for human life, and pull the trigger,” police spokesman Steve Linders told the Twin Cities Pioneer Press.

“Multiple 911 callers frantically begged for help,” the St. Paul Police Department said in a statement. Officers arrived to “a chaotic scene” with 15 or more wounded.

“The officers worked quickly to secure the scene, worked with good Samaritans to render aid and make sure it was safe for Saint Paul Fire medics to make their way to the area,” police said. “A woman in her 20s was pronounced dead, 14 other people were transported to area hospitals for treatment — all are expected to survive.”

The woman was Marquisha Williams, 27, who became the city’s 32nd homicide victim this year, police said.

“All three are currently in custody and in the hospital, being treated for injuries suffered during the incident,” police said. “Once they’re discharged, they’ll be booked into the Ramsey County jail where they’ll await a charging decision.”

A team of five investigators were still combing the site and interviewing witnesses to piece together exactly what had happened. They were working with patrol officers, forensics unit, video management unit and others, the department said on Facebook.

“My heart breaks for the woman who was killed, her loved ones and everyone else who was in that bar this morning,” Saint Paul Chief of Police Todd Axtell said, adding that he had spoken to her “devastated” family. “In an instant, they found themselves caught in a hellish situation.”

Witnesses described a scene that shifted without warning at the Seventh Street Truck Bar, an indoor food truck and bar popular for its live music and dancing. It’s in an entertainment district just south of the Xcel Energy Center, where the NHL’s Minnesota Wild play.

“Everybody was having fun and singing along,” DJ Peter Parker told CNN. “Then 12:15 a.m., abrupt, with no arguments or fighting, pop, pop, pop, pop, pop. And everybody hit the ground. I had to reach up and shut the music off while they were still shooting. I thought the music would add to the chaos.”

He closed his eyes, only to open them to see himself surrounded by injured people strewn on the floor, he told CNN. Police said some shooting victims had been located outside the bar.

“I can only describe it as hellish,” Linders told WCCO-TV. “I think about the young woman who died. One minute she’s having a good time, the next minute she’s lying in her friends’ arms who are trying to save her life, and she didn’t make it. I can’t think of anything worse.”