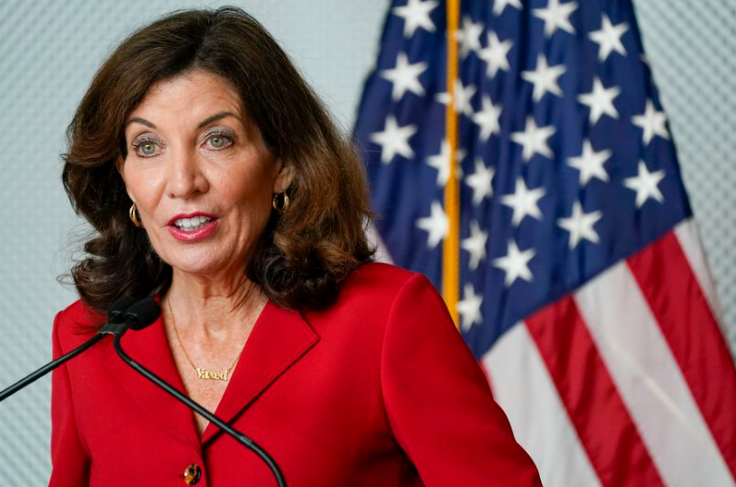 Frontline employees in New York can return to work just five days after testing positive for COVID-19 as long as they are fully vaccinated and asymptomatic under new guidance announced Friday by Gov. Hochul.

The guidance, which was unveiled as New York set another record for the daily number of coronavirus infections, applies to members of the state’s “critical workforce,” like nurses, doctors, grocery store clerks, hospitality employees and public transit workers, Hochul said.

“You know who you are. You know you’re the ones that got us through the first many months of anxiety,” Hochul said in a briefing in Albany. “We need you again. We need you to be able to go to work.”

In addition to being fully vaccinated and asymptomatic, employees who return to work five days after a confirmed infection must wear masks at least until they can present a negative coronavirus test, according to the updated guidelines.

Previously, workers needed to isolate for at least 10 days after a confirmed infection before returning to their jobs.

Hochul argued the 10-day rule has caused unnecessary staff shortages at hospitals and elsewhere, as COVID-19 case rates continue to explode statewide due to the highly contagious omicron variant.

“As we’ve watched around the globe and other places where it first hit, it’s not as severe in its impact,” Hochul said of symptoms caused by omicron. “And therefore we want to make sure that our critical workforce — who we’ve relied on from the beginning and my heart goes out to them, filled with gratitude — that our workers can get back.”

Along with the case spike, New York’s hospitalization rates are ticking up as well, an indicator that has caused anxiety among public health experts who worry the trend could result in a surge in deaths, as well.

But Hochul stressed that an overwhelming number of cases being reported are mild and credited that to New York’s high vaccination rate. Data shows 95% of adults in the state have had at least one shot as of Friday.

“I’m so proud of the individuals who stepped up and did their part to keep themselves and their loved ones safe,” she said.

Hochul’s relaxed isolation rule mirrors guidance released Thursday by the U.S. Centers for Disease Control and Prevention that health care workers can return to their posts seven days after a confirmed infection — or less than that in the event of staffing shortages — as long as they are asymptomatic and can show a negative test.

But the country’s largest nurses union derided the new CDC guidance as reckless.

“Weakening COVID-19 guidance now, in the face of what could be the most devastating COVID-19 surge yet, will only result in further transmission, illness and death,” Zenei Triunfo-Cortez, president of National Nurses United, wrote in a letter this week to CDC Director Rochelle Walensky. She added that the push for relaxing public health guidance appears aimed at “maintaining business operations, revenues, and profits, without regard for science or the health of employees and the public.”