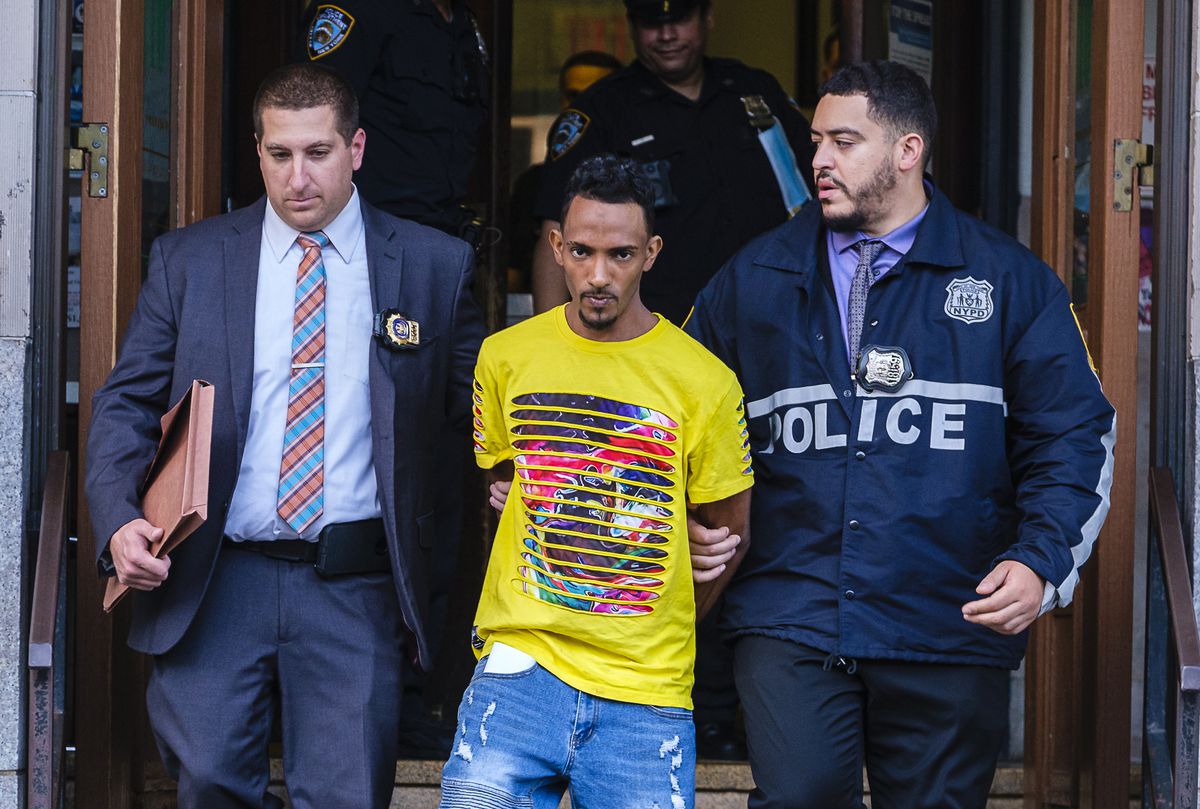 An unlicensed hit-and-run dirt bike rider who slammed into a 4-year-old Queens boy, critically injuring him in Flushing Meadows-Corona Park, has been arrested — after he blamed the youngster in a TikTok diatribe, police sources said Wednesday.

Cops arrested Argenis Rivera, 29, of Whitestone, after getting a tip about the Sunday evening hit-and-run. Rivera, who’s a reputed Trinitarios gang member, was busted by the NYPD’s Regional Fugitive Task Force, sources said.

Little Jonathan Beauchamps was playing in the parking lot for the park’s boathouse when Rivera plowed into him about 5:50 p.m. Sunday.

In a TikTok video posted Monday, Rivera showed off scrapes to his arms and blamed the boy for getting in his way.

“No, it’s not my fault. It’s the kid’s fault. I tried to brake fast,” he said in Spanish, talking to another man. “And it’s the parents’ fault because they weren’t paying attention to their son. He just came out of nowhere and you can’t really do anything.”

The little boy suffered head trauma, and was initially intubated so he could breathe. He was listed in critical but stable condition.

“He’s still in the hospital. He’s doing better. He was calling my name yesterday. I went to go see him,” his father, Christopher Beauchamps, told the Daily News on Wednesday. “He’s gonna be fine. They took off the tube. He’s breathing on his own. He’s giving them a fight. He wants to go home.”

Jonathan didn’t need surgery, and had no broken bones, the dad said.

“All I’ve been getting is good news from the doctor. He’s gonna be OK,” he added.

Police had offered a $10,000 reward for information leading to the suspect’s arrest.

“You don’t flee the scene after you done hit a 4-year-old. Come on!” Jonathan’s father said. “I would have respected him more if he just would have stood there. I don’t respect this guy.”

Rivera was charged with assault, reckless endangerment, leaving the scene of an accident, child endangerment and unlicensed operator, authorities said.

Rivera was charged with assault, reckless endangerment, leaving the scene of an accident, child endangerment and being an unlicensed operator, authorities said.