’His Brain Is Injured:’ Lawyer Updates on 75-Year-Old NY Protester Shoved by Police 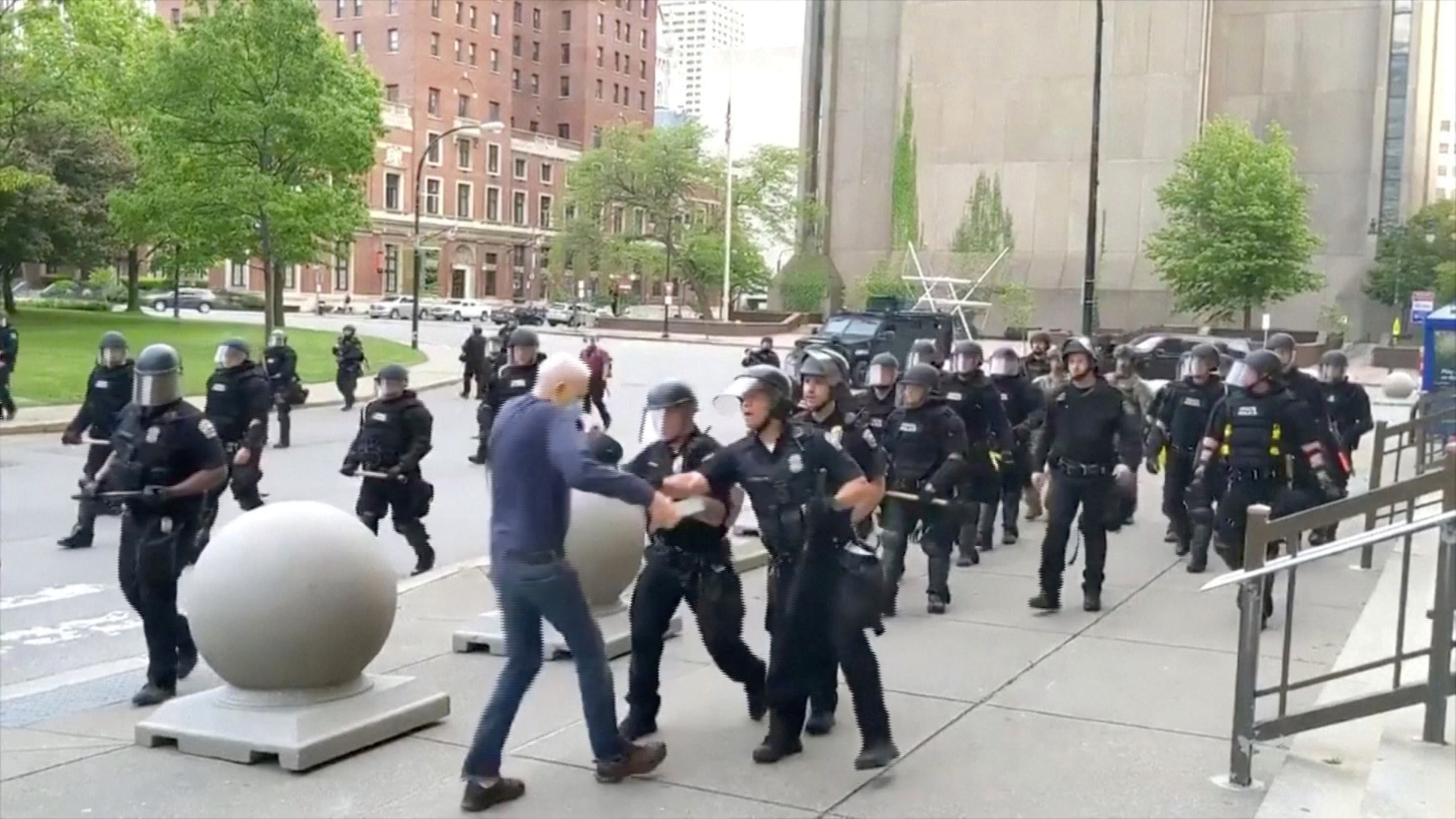 The 75-year-old man hospitalized after he was pushed by a police officer during a peaceful protest last week in Buffalo, New York, suffered a brain injury as a result of the incident, his lawyer revealed Thursday.

“As heartbreaking as it is, his brain is injured and he is well aware of that now,” Zarcone said in a statement. “He feels encouraged and uplifted by the outpouring of support which he has received from so many people all over the globe. It helps. He is looking forward to healing and determining what his “new normal” might look like.”

Viral video showed Gugino approach officers then stumble and fall after pushed back during a protest for racial justice Thursday at Buffalo City Hall soon after the city’s 8 p.m. curfew. The video also showed an officer who appeared to try to approach Gugino brushed aside by another officer as he lay on the ground with blood pooling near his ear.

Witnesses described the protest as peaceful and an attorney statement said Gugino is “a longtime peaceful protester, human rights advocate, and overall fan of the US Constitution for many years,” NBC affiliate WGRZ reported.

He is involved with the Western New York Peace Center and Latin American Solidarity Committee, whose executive director Vicki Ross, told The Associated Press Tuesday that Gugino is still hospitalized but out of intensive care. He has also been undergoing treatment for cancer, she said.

Amid outcry over video of the incident, two Buffalo officers, Robert McCabe, 32, and Aaron Torgalski, 39, were suspended without pay then charged with second-degree assault. They have pleaded not guilty and 57 members of the Buffalo Police Department’s Emergency Response team quit the task force in solidarity with their colleagues.

Trump claimed on Twitter without any evidence Tuesday that Gugino “could be an ANTIFA provocateur,” may have had a “scanner,” and that he “fell harder than was pushed.” Trump tagged his tweet with a reference to One America News, a right-wing media outlet that often amplifies conspiracies. Gugino could be seen holding a cell phone in the video, which a One America News segment focused on without attributing any evidence for the conspiracy.

The bogus theory has its roots on an anonymous blog, NBC News reported.

Religion News Services cited friends of Gugino as saying he is a Catholic retired scientist who has long advocated for the poor, disenfranchised and on behalf of Black Lives Matter.