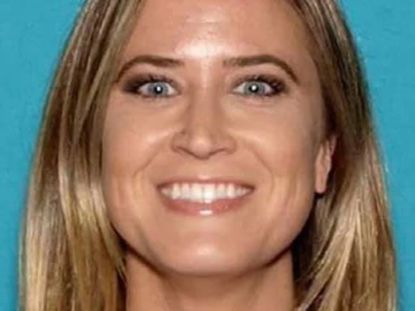 A California mother who went missing on Oct. 6 during a trip to Zion National Park was found alive Sunday by search and rescue officials.

Holly Suzanne Courtier, 38, was located within the park in Utah after rangers received a tip from a visitor who claimed to see her, the National Parks Service said.

“We are overjoyed that she was found safely today,” Courtier’s family said in a statement. “We would like to thank the rangers and search teams who relentlessly looked for her day and night and never gave up hope.

“We are also so grateful to the countless volunteers who were generous with their time, resources and support,” the NPS continued. “This wouldn’t have been possible without the network of people who came together.”

Courtier, who is from Woodland Hills, Calif., left the park with her family Sunday after being found.

She had taken a shuttle into Zion on the afternoon of Oct. 6 but did not return when she was expected to, her daughter, Kimberly Chambers, said earlier this month, according to CBS Los Angeles.

Chambers told the TV outlet that her mother was stopping at National Parks as she embarked on a road trip after losing her job as a nanny during the coronavirus pandemic.

She and her mother had visited Zion together several weeks before her mother’s disappearance.

“I know she would not give up on me, so I refuse to give up on her,” Chambers said.