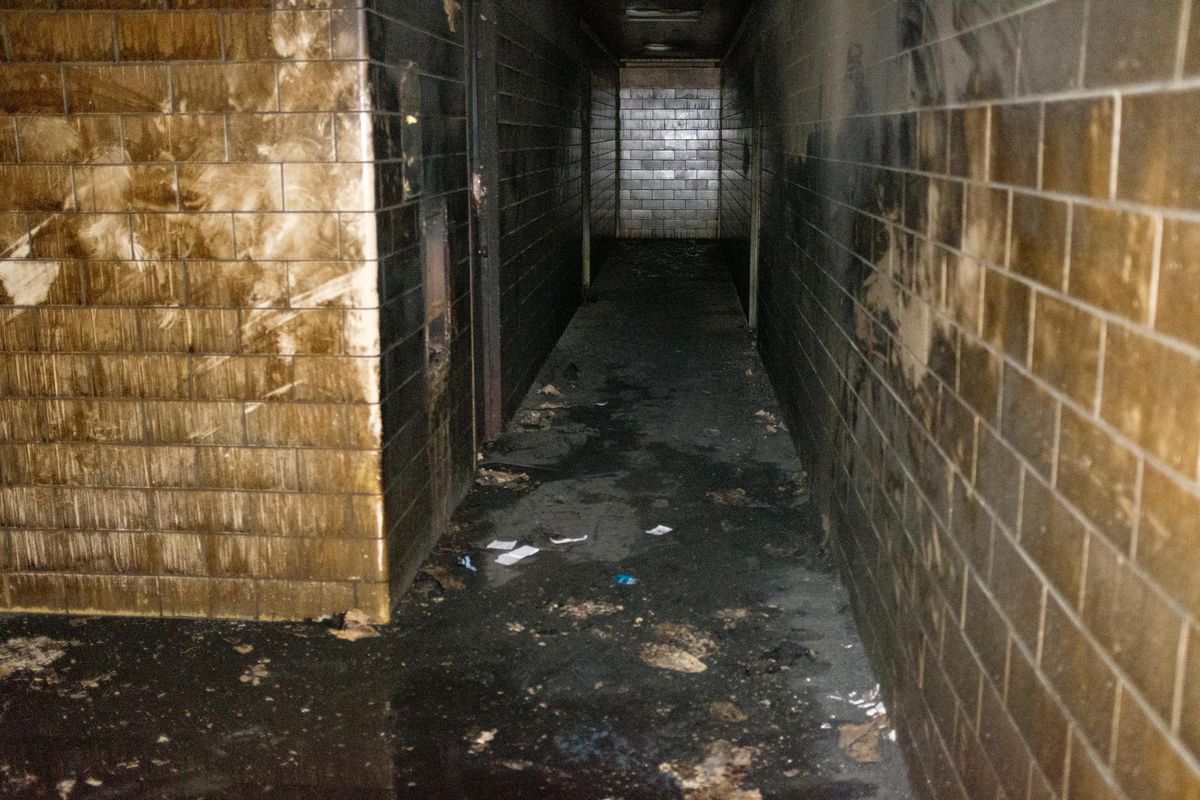 A badly burned Bronx father was fighting for his life Saturday after desperately trying to rescue his 6-year-old son from a smoky trash chute fire in a public housing apartment building, authorities said.

The little boy, Aiden Hayward, died of smoke inhalation from the fire late Friday afternoon at the Mitchel Houses in Mott Haven.

His dad, Trevor Hayward, 32, was listed in critical condition at Harlem Hospital after his brave rescue effort.

Firefighters found the father and son unconscious in a smoke-choked third-floor hallway.

“I looked through my peephole and just saw black,” Anthony Vega, who was in his apartment when the fire erupted, said Saturday. “I was praying for no one to be in that situation. To hear him, with his dad on the floor, that was real sad.”

Emergency service workers struggled to keep the little boy alive as they rushed him to Harlem Hospital, where he died at 6:37 p.m. Friday, police said.

Alberto Revilla said he lost his dog Loki in the fire as well, blaming an uncovered trash chute for the blaze.

“We put in the tickets (for maintenance issues), we pay our rent. I need to hold someone accountable,” he said.

Another tenant, Carmelo Rivera, recounted that he was visiting family in the building and took refuge by a 20th-floor window.

“The only way to breathe was sticking my face out the window,” he told the Daily News. “All the hallways, there were no lights. I heard screaming and all that commotion.”

Rivera said the door to the trash chute had been broken off in the past, echoing complaints about the building from other residents.

“At the end of the day we have to live here,” resident Nakia Williams told The News. “Whoever did this needs to be brought up on charges.”

Dozens of cleaning and maintenance workers swarmed into the building Saturday — attention some residents said had been sorely lacking in the past.

“You would never see all this stuff going on. They’re knocking on everybody’s door. I’ve lived here 10 years, now there’s all this attention,” said Reginald Mede.

A dozen other people were also injured in the smoky fire, including two firefighters who were treated for minor injuries, authorities said.