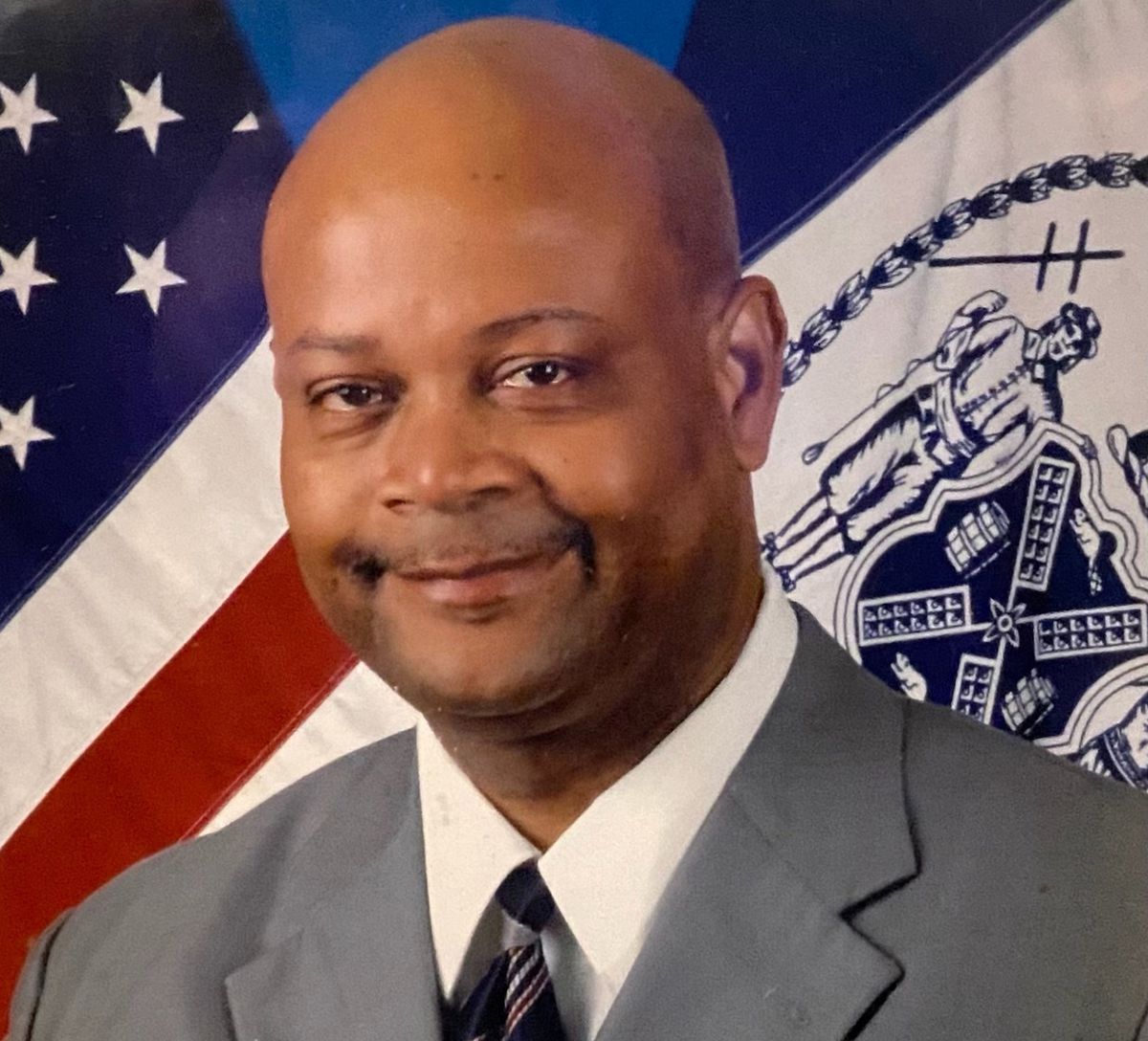 A retired cop whose life was altered forever by a vicious 2005 gun battle in which he was shot three times and abandoned by his partner has died a part of NYPD lore — and with the knowledge his eldest children had followed him into public service.

Patrick Caprice, 58, died March 15 after going into medical distress at the Kessler Rehabilitation Institue in New Jersey, where he had gone for treatment following back surgery.

His exact cause of death remains unknown, and it is unclear to the family whether his old gunshot injuries contributed to his death.

His family and friends remembered him Tuesday as a quiet, proud man devoted to his children who treasured the chance to help friends and advise young cops in Brownsville’s 73rd Precinct stationhouse, where he worked for many years.

He was there for people, Caprice’s family and friends say.

“My dad was a really good guy. He was so selfless,” said his daughter Chrystal, 27. “People from the NYPD came up to me and said when they were rookies, he was the only one who would help them if they had questions.”

He was memorialized Monday by hundreds of well-wishers — including many cops — at the Guarino Funeral Home and the Co-Cathedral of St. Joseph in Prospect Heights. He was buried at Pinelawn Cemetery in Farmingdale.

“I’ve never seen so many people come together to support him,” Chrystal said.

Caprice went into cardiac arrest twice at the rehab facility and then four more times at St. Barnabas Hospital in the Bronx, Chrystal said. Each time, doctors were able to revive him, until the sixth time.

Caprice had gone to the center following back surgery in February. “He was having some spinal cord compression,” said Chrystal, who works as an ICU nurse in Florida. “He had been dealing with it and his legs became paralyzed. But after the surgery he was getting a little movement back in his legs. This all happened very quickly.”

The incident that brought an early end to his promising NYPD career made the front page of the NYDN and earned him the Medal of Honor, the NYPD’s highest accolade.

On June 1, 2005, Caprice and Officer Gilberto Marrero pulled over a car driven by 18-year-old David Redden at Dumont Ave. and Chester St., in Brownsville after a 10-block chase. They suspected Redden of buying marijuana.

Redden opened fire on the two cops. He hit Caprice twice, in his stomach and arm, knocking the officer to the pavement.

“Patrick told me that when he was down, the kid shot at him three more times from close range,” said Lilian Greenberg, the mother of Caprice’s two oldest children, Chrystal and Isaiah. “He remembered hearing a lady in the projects shouting, ‘Don’t kill him!’”

Another round from Redden slammed into Caprice’s chest, and was stopped by his bullet-resistant vest.

But Caprice got up on one knee and returned fire. In all, he got off 14 shots.

Redden, 18, fled the scene in a car. He shot himself dead about a half-mile away, in an apartment in the Seth Low Houses.

Greenberg recalled seeing Caprice with a thicket of tubes coming out of him at the hospital after the shooting. “He was a very strong man, and before you knew it he was recovering,” she said.

News columnist Michael Daly wrote at the time, “Marrero sits with wounds to his honor and reputation from which he is not likely to recover … .” Marrero soon left the NYPD and faded from view.

Greenberg said though other cops blasted Marrero for running off, Caprice never did. “He was a very humble man and he didn’t know how to hold grudges,” she said. “He never expressed any animosity toward him.”

Caprice even wanted disciplinary charges dropped against Marrero, close friend Andris Maitre said. “That’s what a great guy he was,” he said.

Though he rarely talked about the shooting, the ordeal stuck with him over the years. “It was something that did traumatize him,” Chrystal said. “He would have nightmares from time to time.”

Chrystal wrote a college essay admiring the medical care her dad received. She became a nurse.

Caprice’s son Isaiah, 23, was in high school when he was awarded a medal of merit for saving a little boy who was drowning in a pool. He became a firefighter in Florida.

“It’s beautiful that they both ended up in public service,” Greenberg said. “He could have very well died that day [in 2005]. I’m glad that he was able to see his children graduate and achieve successful careers.”

Caprice decorated his Brooklyn apartment with photos of his children, and saved every card they sent him, said Greenberg, who works as an administrative assistant for the Orange County, Fla., Sheriffs Department.

After his marriage to Greenberg ended, Caprice later met a Haitian woman named Gina who would become his second wife in 2019.

They had a 3-year-old daughter, Isabella. Gina Caprice gave birth to their second daughter, Malyah, four months ago in Haiti. But the new mom died shortly after giving birth in the hospital from unknown causes.

Gina’s death was shattering. “He was always looking at her picture, talking to it,” Maitre said. “He said, ‘How am I going to raise two little girls without her?’ I said, ‘Patrick, everyone is going to help you out.’”

His two young daughters are now living with their maternal aunt in the city as the family sorts out their future without their mother and father.

”Detective Patrick Caprice was the epitome of hero cops,” said Paul DiGiacomo, president of the Detectives Endowment Association. “Shot multiple times during a car stop in 2005, Patrick’s wounds altered his life forever …. Patrick’s desire to serve others even into retirement demonstrated his unbelievable resilience. He will be sorely missed.”