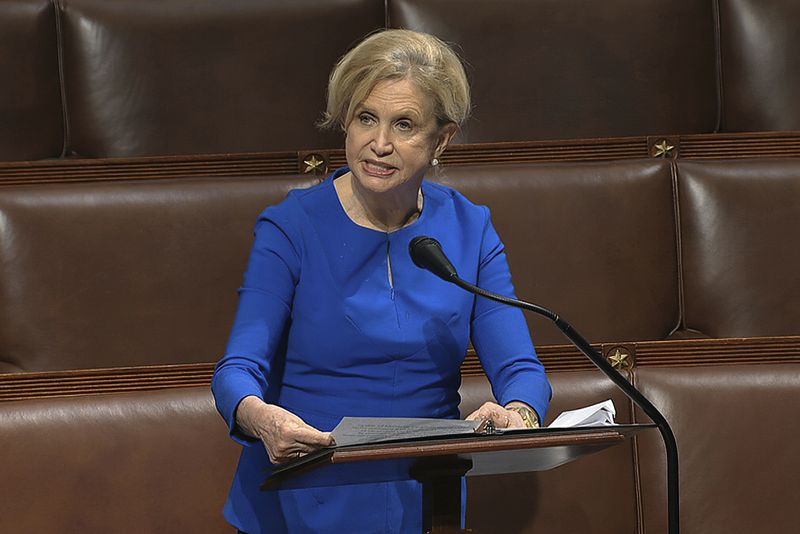 Medical experts and lawmakers had a plea for scientists developing a coronavirus vaccine Tuesday — don’t give in to political pressure from President Trump ahead of the election, and risk an even more damaging debacle than the episode around hydroxychloroquine.

Trump touted the malaria treatment as potentially one of the “biggest game-changers in the history of medicine” for treating for COVID-19, and the FDA issued what’s known as an emergency use authorization so hospitals could try it out.

But after a number of studies, including on veterans, found the drug to be ineffective for COVID-19 — and harmful to some people — the FDA yanked the approval.

The move angered Trump, who criticized the agency and has been pushing it to renew the permission to use the malaria drugs.

The pressure has alarmed observers, raising fears that Trump could also try to rush through a vaccine or make unfounded promises in time for the election.

“I am troubled by reports that there may be some political pressure on the FDA to cut corners,” said Oversight Committee Chairwoman Rep. Carolyn Maloney (D-N.Y.).

The administration has launched an ambitious vaccine program called Operation Warp Speed that aims to produce something that can be given to millions of Americans by early 2021. The main tactic is to invest in making vaccines that are still being studied so that if any are approved, they can be rushed into mass production with no lag time to build facilities.

The Department of Health and Human Services has doled out more than $3 billion to test and produce several of the more promising candidates.

The experts called to testify Tuesday said that it could be done safely, but that it was vital to do all the work in the light of day and to ensure no corners are cut. Failing to do so could have catastrophic impacts, especially if dangerous side effects are missed.

“Not only do we risk that people will decline vaccination, we risk much more — the trust the American people [have] in the very process we’ve come here to discuss,” said Bruce Gellin, the former director of the National Vaccine Program at HHS.

He noted that recent surveys already find many people undecided on whether they would get vaccinated against the coronavirus, and one in five saying they would not.

The experts especially cautioned against the FDA issuing a new emergency use authorization for vaccines, except in dire circumstances and with clear warnings that they have not been found safe yet.

“If a vaccine used under an EUA (Emergency Use Authorization) turns out to be ineffective or raise safety concerns, and users are unclear the vaccine was unapproved, a crisis can occur undermining confidence in all vaccines,” said Jesse Goodman, the former chief scientist at the FDA.

Yet, lawmakers said they have not gotten adequate proof from the administration that it is following the best guidance for developing vaccines, including requiring tests with at least 30,000 people and robust oversight by independent outside scientists.

“Up to this point, the FDA has failed to commit to these two guardrails,” said Rep. Raja Krishnamoorthi (D-Ill.), who joined Maloney a month ago in requesting assurances on the process that would be followed.

The HHS has said in a statement on Operation Warp Speed that at least one stage-3 vaccine trial would have about 30,000 participants. FDA Commissioner Steven Hahn pledged to Congress two weeks ago that the agency would remain transparent in the process and independent of the White House.

“The virus does not yield an inch to political tactics or media campaigns,” Krishnamoorthi said. “It does not follow consumer sentiment polls or approval ratings. The impending election, the stock market, and the yearning for a return to normalcy must not distort the decision whether to approve a vaccine.”