Gov. Cuomo Turns Up Heat On Feds For More Funding, Says Businesses Can Deny Service To Anyone Not Wearing A Mask 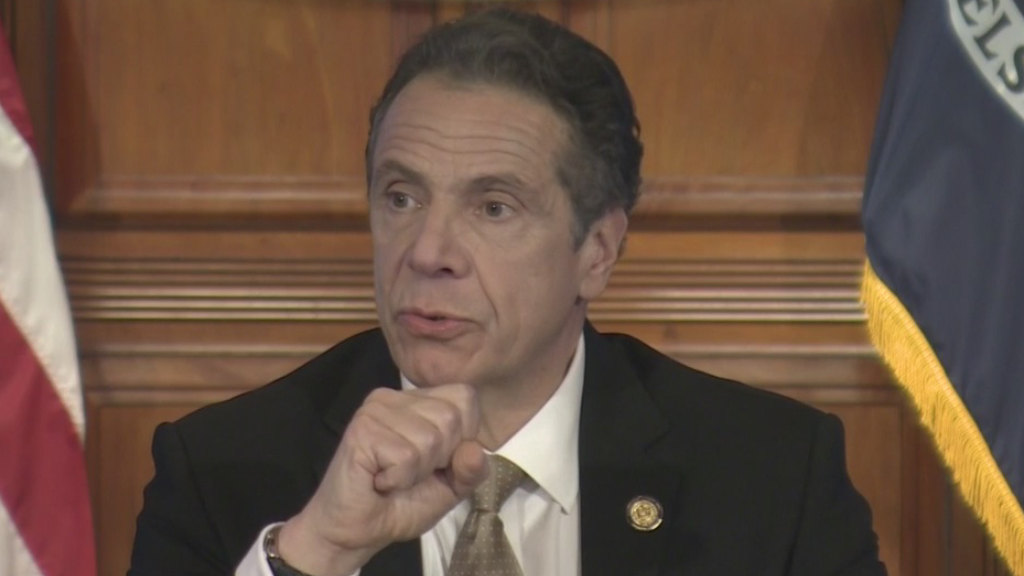 Gov. Andrew Cuomo opened his daily coronavirus briefing on Thursday by turning up the pressure on Washington to provide more funding to New York.

The governor met with President Donald Trump on Wednesday and it appears the discussion went well, because, according to CBS2’s Marcia Kramer, they are planning to meet again soon.

But that didn’t stop Cuomo from speaking directly to the president. Speaking at the Madison Square Boys and Girls Club in Brooklyn, the governor said the federal government needs to provide support immediately, and do so without falling into the trappings that have plagued the country for decades.

“Washington has passed, numerous pieces of legislation, and they’ve successfully bailed out big corporations. They passed pieces of legislation that have a lot of benefits for the rich and the powerful,” Cuomo said. “Now, the question is, what is Washington going to do in terms of passing legislation that helps working Americans? Right? Police officers, firefighters, school teachers, hospitals, unemployed people, businesses that are struggling?”

He also pointed out that New York, which has more positive cases than any state has received roughly $23,000 per positive coronavirus case, while other states have received millions.

Cuomo specifically asked that the feds to “end their proclivity to make every piece of legislation pork barrel legislation.”

“I understand they have to get senators to vote for it and they have to get House members to vote for it, but that doesn’t mean they have to make it a gravy train of pork, just to pass it,” Cuomo added. “Maybe you can just pass a bill on the merits of a bill. … This is supposed to be specifically targeted piece of legislation to help restore the economy and repair the damage of the COVID virus. Well, then make the legislation about funding to repair the COVID virus.”

The governor also asked Washington to:

The governor said the focus going forward within the state will be on reopening New York City, adding it will have to achieve the same metrics as all the other regions.

“I’m not going to open any region that I don’t believe is safe,” Cuomo said.

He then zeroed in on testing, imploring New Yorkers, especially those in hard-hit hotspot communities that in some cases have double the percentage of positive COVID-19 cases compared to the general population of the city, to get tested.

New York City currently has 225 testing sites, but Cuomo said many of them are not seeing the numbers of people coming in to get tested that they have the capacity to serve.

“There is no cost to the test. It does not hurt. … I did the test on live TV, didn’t flinch. It’s just a nasal swab. There’s no needle,” Cuomo said. “You can go to the website coronavirus.health.ny.gov and find the site near you. Get tested. Get tested if you have a symptom. Get tested if you’re exposed to a person who’s positive. It’s no cost. It doesn’t hurt. And there are sites, literally, everywhere throughout this city.”

He also stressed the use of masks, saying that more people need to adhere to the safety guideline. In fact, Cuomo said he is signing an executive order that authorizes private businesses to deny service to those who do not wear a mask or face covering.

As for the daily virus data, Cuomo said all significant metrics continue to fall. New York had 163 new cases on Wednesday, the lowest number since the state started recording the stat. He also said there were new 74 deaths, the same amount as Tuesday.