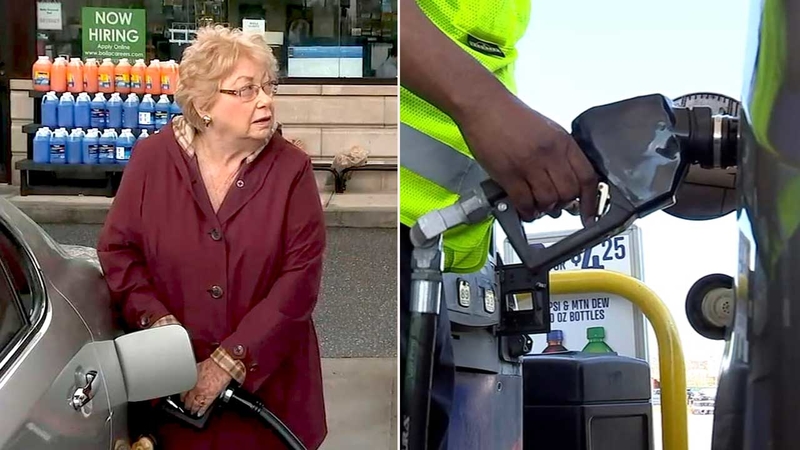 AAA lists the average price of a regular gallon of gas in New Jersey at $5.04 Friday morning, another record high.

Motorists will pay even more on the NJ Turnpike and Garden State Parkway, where regular gas is now $5.13, up 25 cents from $4.88 a gallon last Friday.

Gas prices are re-adjusted up to three times a week on the state’s two major roadways and were bumped up again at 7 a.m. Friday.

New York drivers are seeing a small amount of relief as last week’s gas tax break at both the state and county levels takes effect.

Gas Buddy’s survey pushed the national average over $5 a gallon for the first time on Thursday.

AAA’s figure for the national average is $4.98 Friday morning.

Gas prices have surged in recent weeks as U.S. gasoline inventories have fallen over 25 million barrels, or over one billion gallons, since the start of March amidst a global decline in refining capacity due to the COVID-19 pandemic and accelerated demand going into the summer.

The price of oil has also jumped due to escalations stemming from the Russian war on Ukraine, as countries choke off Russian oil supply via sanctions, pushing supply down at a time of rising demand.

In addition, U.S. refining capacity has fallen by some 1 million barrels per day over the last three years.

All of these factors have created an environment ripe for a surge in gas prices, while Americans balk at prices but continue filling up as demand has seen little decline.

Prices also seem to surge depending on the location, leading some to claim price gouging.

Another gas station in Valley Stream is now charging nearly 5.50 per gallon, but what seems most egregious is the differential for those paying with credit cards — 30 cents more.

But a recent complaint to Nassau County Consumer Affairs accused the station of charging credit card users 90 cents more.
“So that individual station was cited,” Nassau County Bruce Blakeman said. “And they could be fined, up to $3,000 to $5,000.”

Nassau County urges motorists to report any sort of price gouging so their inspectors can come out and check.

Also, try to pay in cash, and keep your eye on the credit card rate.

Meanwhile, the trade group representing more than 500 Long Island stations say their members couldn’t even succeed at price gouging if they tried, because the competition is too great.

They urge customers to keep in mind the price hikes are hitting small business owners too. After all, they need to stock the pumps with gasoline.
“A delivery can cost as much as $70,000,” said Andy Harris, with the Long Island Gas Retailers Association. “And that could come every two or three days…a tremendous amount of money for a small businessman.”

To report gas gouging in Nassau County, contact the Consumer Affairs hotline at 516-571-2600 or Blakeman’s office at 516-571-3131. You can also fill out a complaint form online at Nassau County’s website.