Friends reeling after woman jumps off NYC rooftop with daughter, 5, in her arms, killing them both 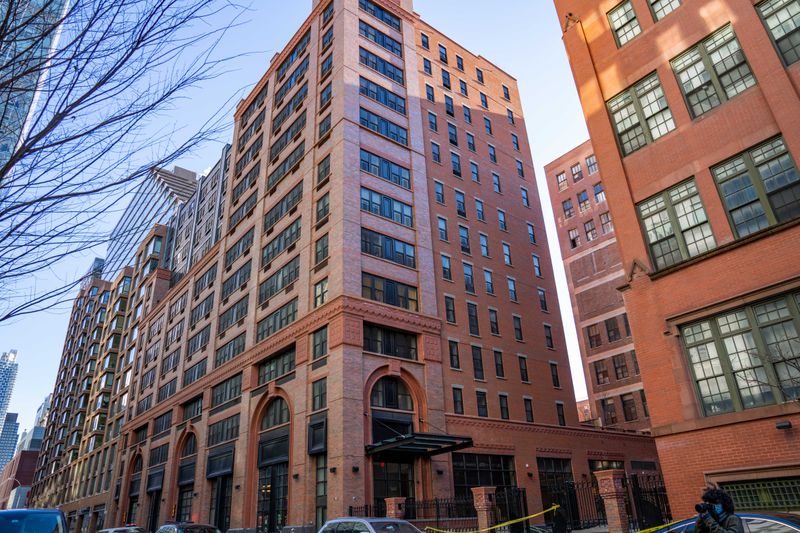 Shocked friends and relatives of a woman who jumped from the roof of a Hell’s Kitchen building with her 5-year-old daughter wrapped in her arms, killing them both, were trying to grasp Monday what drove her to that point.

“She was a normal person, just trying to make it in the U.S.,” said a close family friend visiting the apartment Patchin shared with her grandmother in Prospect Heights across the street from the Brooklyn Museum. “I didn’t believe it. I’m still in shock. I didn’t really know until I saw it in the news.”

The friend said the victim’s grandmother was “completely devastated.”

“We all are,” the friend added. “She was doing well. I didn’t expect this.”

Patchin’s grandmother could be heard wailing inside her home Monday morning.

A neighbor said Patchin was a loving mother whose daughter often played with her sons. Patchin and her daughter would come feed their fish and the family would watch Patchin’s dog when she and her daughter left town.

“She’s lovely and her daughter is lovely,” the mother said through tears. “A really nice neighbor, just really positive.”

Olivia was born prematurely, the neighbor said, but was thriving. “She really blossomed,” she said. “She was tall and she got along with the boys (her sons) … She is very tomboyish so she likes all the action. They would scoot around in the hall in circles and she would join them.”

The neighbor noted Patchin seemed stressed at times. “She didn’t say ‘I was depressed.’ I could just tell. And there really isn’t mental health support around here,” she said. “I’m so in shock.”

Patchin, according to her LinkedIn page, was an accountant who graduated from Baruch College. She had worked at CIC, a French banking firm, New York Life Insurance and Eisner Amper LLP, according to the page.

There was no suicide note, police sources said.