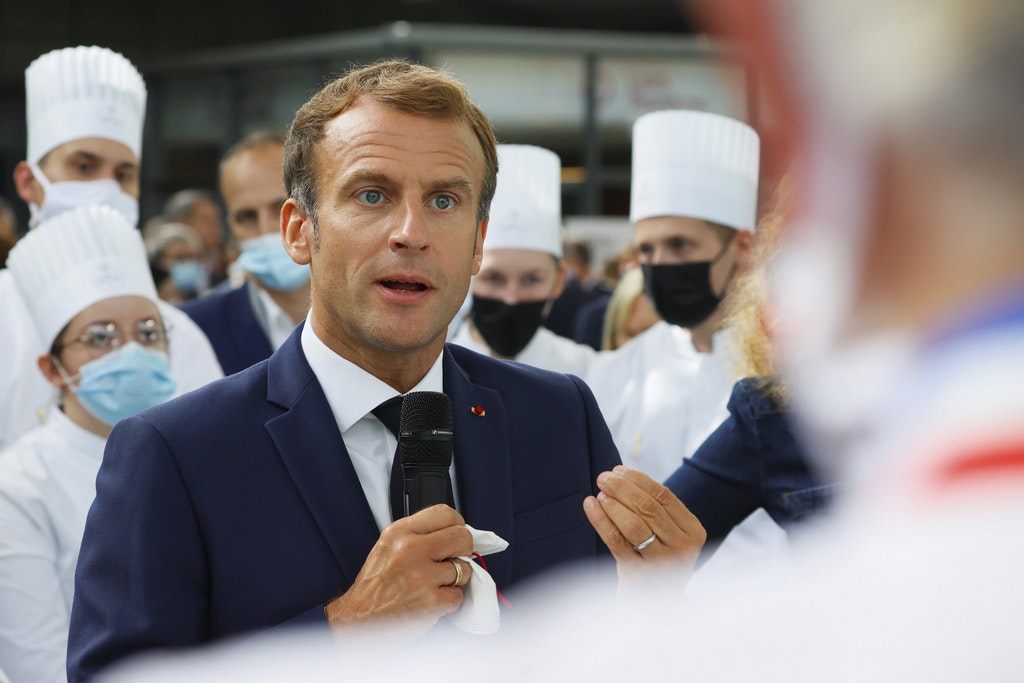 French president Emmanuel Macron was hit on the shoulder with an egg Monday while attending an international food trade fair in the city of Lyon.

Video of the incident shows an egg bouncing off Macron as he walks through a crowd. However, the egg did not break, helping Macron avoided further embarrassment.

“If he has something to tell me, then he can come,” Macron said after the incident.

Lyon prosecutors said the 19-year-old student who threw the egg was immediately detained by police. Their statement said an investigation was opened for “assault on a person in a position of public authority” and it will seek to determine the motivations of the man, who was not previously known to the police or justice services.

No motivation for the egg-throwing has been released.

In June, a far-right activist slapped Macron in the face as the president shook hands with a crowd.

Macron is expected to announce his reelection campaign shortly.