Fire ants are headed north: Watch out for mounds, wear close-toed shoes and lose the shorts 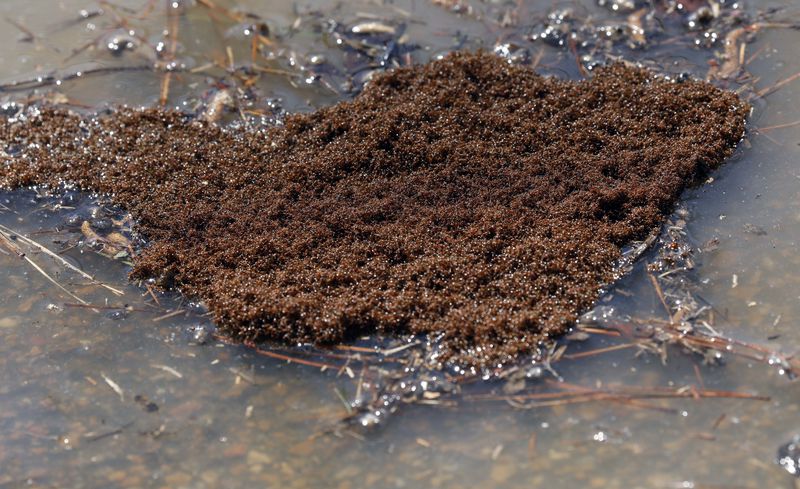 Fire ants, long the province of tropical climes, appear to be moving north.

Introduced to the southern U.S. in the 1930s, the ants have finished spreading from coast to coast and have now been spotted in higher elevations of the southern Appalachian Mountains, a new study has found.

Until now, it had been thought that the ants could not survive above a certain latitude.

The research team, headed by Amanda J. Lytle, research technician in the Department of Entomology and Plant Pathology at North Carolina State University, published the findings in the online journal Plos One last month.

The ants initially hitched a ride from South America to Mobile, Ala., in the early 1930s, the researchers said. They’ve been multiplying and spreading out across the South ever since. Now having hit each coast, they’re surging north — albeit slowly.

“They can decimate local insect populations, which in turn negatively affects the native songbird populations that feed on those insects,” the researchers said. “They can cause large-scale agricultural damage. They also have a nasty sting and are capable of swarming and killing small animals.”

While they have only advanced about halfway up the country, Warren said it’s only a matter of time before they blanket the U.S., at the rate they’re going. Climate change fosters warmer nights, which means the ants that make it farther north don’t die off.

“I wouldn’t put a limit on it at this point,” Warren said.

The sting is like that of a honeybee. Except that with fire ants, there is never just one. Accuweather reporter Bill Wadell gained firsthand knowledge of this while reporting a story in Texas not too long ago.

“I found out just how painful fire ants can be,” Wadell reported Monday, showing a gory picture of skin covered in blistery bites. “I was stung more than five dozen times on one ankle in a matter of seconds. My face swelled up, and it was getting a bit tough to breathe.”

He visited an urgent care clinic and met Dr. Meghna Nagabhushan. She advised keeping an eye out for ant mounds, wearing closed-toes shoes, and eschewing shorts, when in fire ant territory.

“They release a venom into the skin,” she explained, but reassured viewers with, “The fire ant is not going to sting through fabric.”

“If you get into it, they swarm in the hundreds and sting,” Warren said. “It feels like you’re on fire. The name fits.”