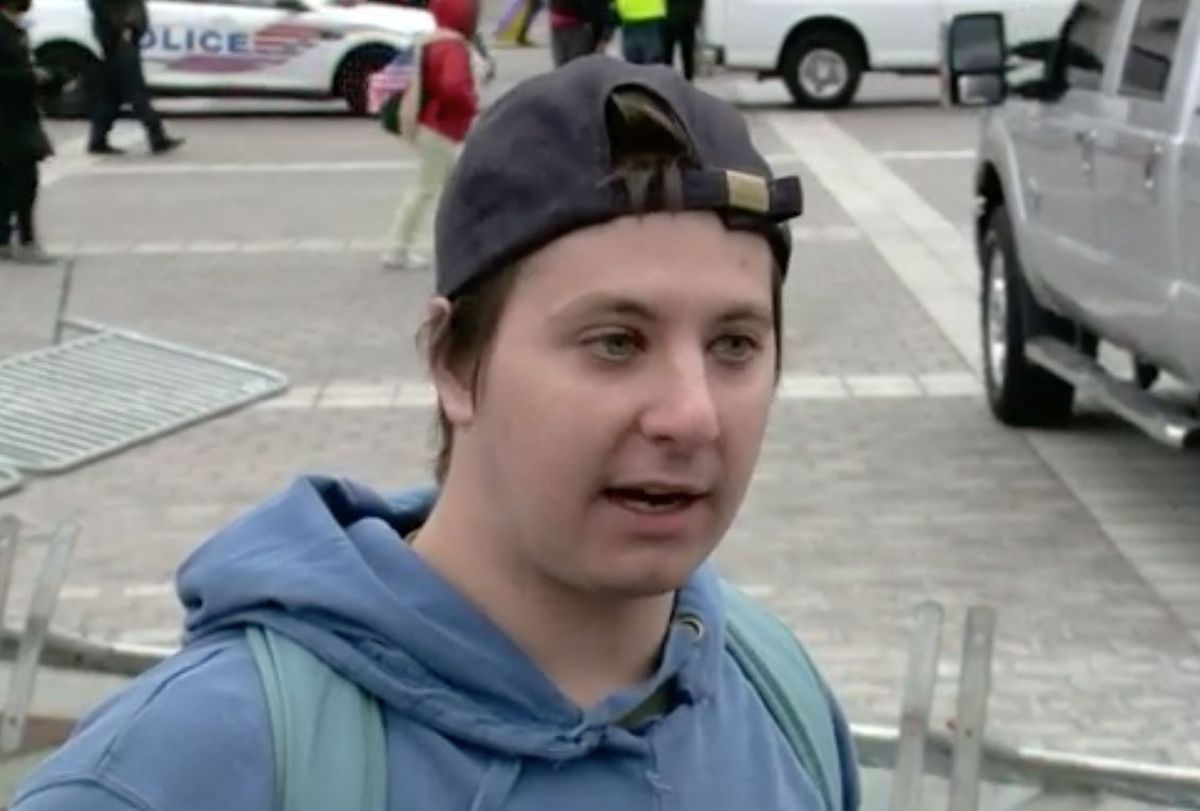 Thomas Baranyi, 28, was arrested by the FBI Tuesday night and charged with disorderly or disruptive conduct.

He appeared in court via video conference, where bail was set at $100,000, but was later released on an unsecured bond.

Baranyi, a former member of the Peace Corps, previously told a TV reporter he was standing next to Babbitt when she was fatally shot inside the Capitol — holding up his bloody right hand as proof.