Father and young son among 3 injured in Queens shooting 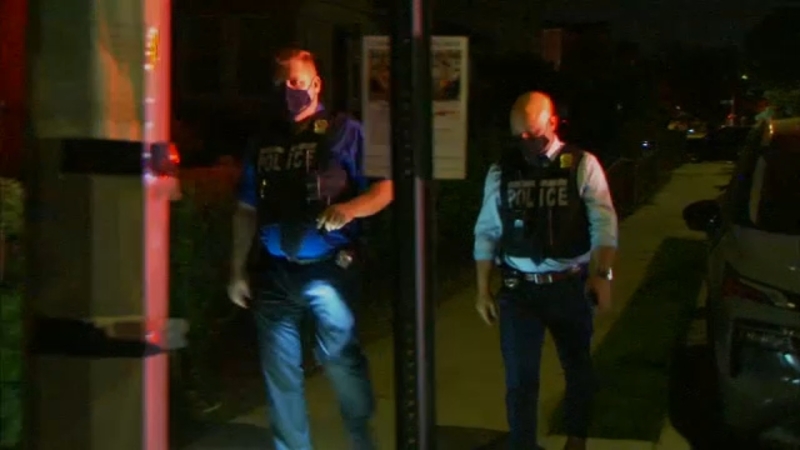 Police are investigating a triple shooting in Queens Wednesday night that injured a child and two others.

Three people were wounded, including a 39-year-old father, identified as Tyshawn Moses, and his 8-year-old son.

A third victim, 57-year-old Robin Rockford, was grazed in his right shin as he was getting out of a vehicle.

A little girl around the block heard it all unfold

“I heard a boom, and my mom told me to go to my room and watch TV,” she said.

The three were standing in front of the location when suspects fired multiple round from a dark-colored sedan before fleeing in an unknown direction.

All three were taken to Jamaica Hospital and are expected to survive. Police rushed the father and son to the hospital in a cruiser.

Moses’ son has since been transferred to Cohen Children’s Medical Center for further treatment.

This is now the third shooting Tyshawn Moses will survive after he was previously shot in 2005 and 2013.

Police say he has 23 prior arrests, 16 of which are sealed, and they believe he may have been the intended target.

Nineteen shell casings were recovered at the scene.

Police are looking for the vehicle, and no arrests have been made.

It is the latest in a dramatic rise in shootings across the city, up more than 150% from this time last year.

“It is something that came from a global pandemic and a perfect storm last year,” Mayor Bill de Blasio said. “We are going to turn it around, and we see evidence of it turning around.”

The mayor pointed to the pandemic as the reason for the spike, saying crime will fall as vaccinations continue and as businesses reopen.

“We are going to turn this around, the most important thing to say,” he said. “I said the other day, recovery equals public safety. Public safety equals recovery. The recovery, no one is missing, everyone is seeing it. More and more jobs, activity, people in the subways. That alone, and the public safety professionals say it, the more people go in subway, the safer it is.”