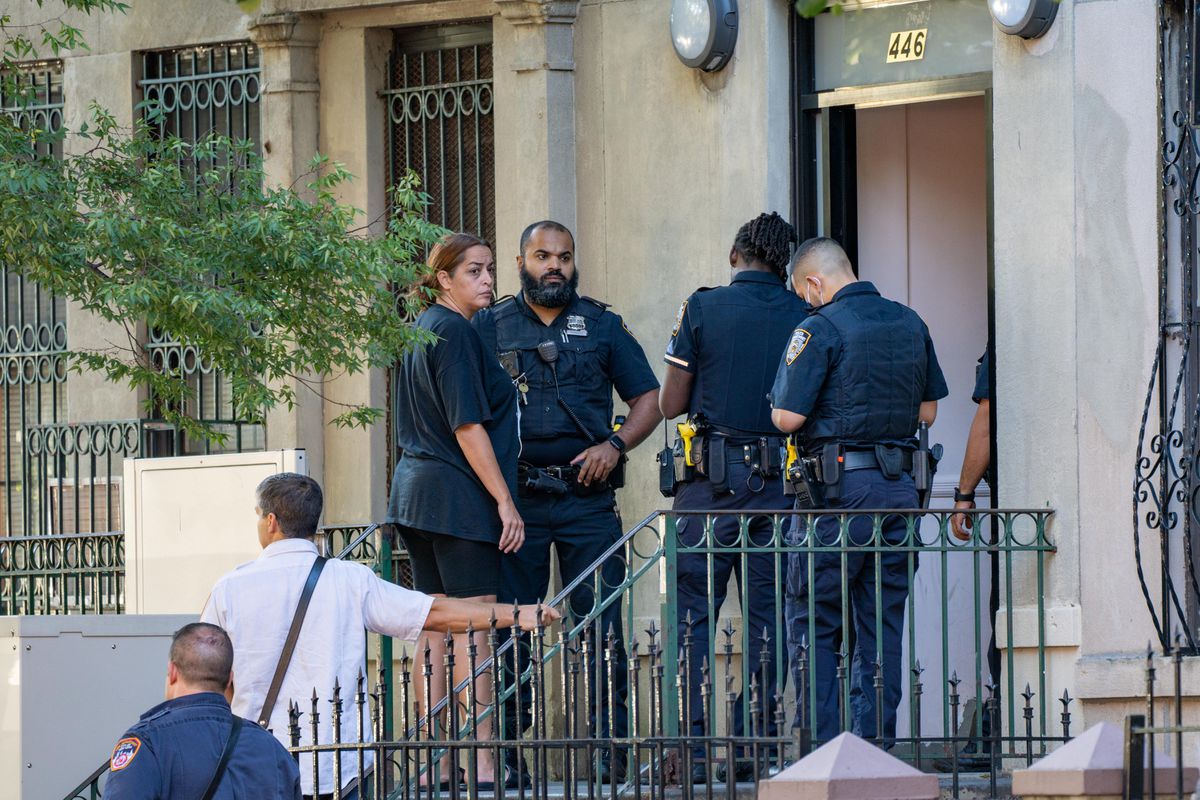 A man in his 40s set off an explosive device Friday morning outside a Brooklyn apartment where the mother of his child was staying, authorities said.

The device, described as a commercial-grade firework, was powerful enough to badly damage a door at the three-story home on Madison St. near Throop Ave. in Bedford-Stuyvesant, Brooklyn District Attorney Eric Gonzalez said at the scene.

The woman targeted by the blast was not hurt. An adult and two children in an apartment were also unharmed, officials said.

“We can see him light the explosive device,” Brooklyn District Attorney Eric Gonzalez said, describing video that captured the 7:45 a.m. incident. “It blows out the windows. It damages an interior door — it blows in the door…This is a horrible act.”

The suspect drove off on a dirt bike but not before using a hammer to crack the windshields of about 14 vehicles on the block.

The device was examined by the NYPD Bomb Squad. Gonzalez described it as a “commercial-grade firework — but not a bomb in the traditional sense.” He sought to calm locals about the blast, which occurred on the eve of the 20th anniversary of the 9/11 attacks.

“This doesn’t appear to be related to 9/11 or any kinds of terrorism,” Gonzalez said. “There seems to have been a domestic issue.”

Police said the suspect is Black and was wearing a blue shirt and blue shorts. He drove off sporting a black and green helmet.

“He will be brought to justice for what he did, but everyone inside, Thank God, is fine,” he said.