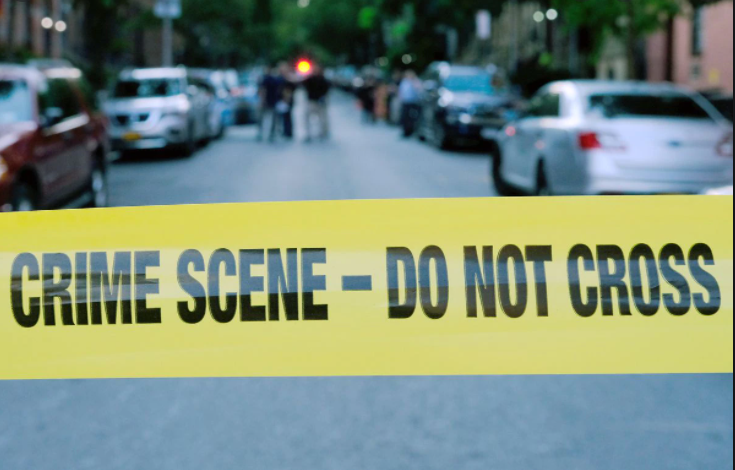 An ex-con who turned his life around under the mentorship of a Manhattan celebrity chef is now accused of fatally stabbing a 21-year-old college student outside her Long Island home, police said Sunday.

Kisjonne Campbell-Anderson got into an argument with 21-year-old victim Michaelle Jaccis outside her West Babylon home about 1:40 p.m. Saturday, Suffolk County police said.

Jaccis’ upstairs neighbor told reporters he heard the victim ask her attacker, “What are you doing here?” before an argument broke out.

“And then I just heard screaming and that’s it,” the 13-year-old neighbor said. “The last time I really saw her was on the ground.”

Medics took Jaccis to a nearby hospital but she could not be saved.

A cop quickly nabbed Campbell-Anderson nearby the Chelsea Ave. crime scene. Police said the victim and suspect knew each other but did not provide details on the nature of their relationship.

When he was 18, Campbell-Anderson was sentenced to six years in prison after he spent most of his childhood in foster care, according to an online profile.

When he was released, a friend suggested he sign up for the Stanley M. Isaacs Neighborhood Center, an Upper East Side nonprofit dedicated to assisting low-income and at-risk New Yorkers, according to a video posted to the organization’s YouTube page in October.

“I had just turned 18 and I did something I regret still to this day,” Campbell-Anderson said. “I’m still learning to forgive myself.”

After Campbell-Anderson completed the Isaacs Center’s career-readiness training, award-winning chef, author and TV personality Joseph “JJ” Johnson offered him a prep cook job at his successful Harlem restaurant FIELDTRIP. Johnson, winner of Bravo’s “Rocco’s Dinner Party,” has been named one of the 450 brightest stars in the country by Forbes.

“You could tell that he really wanted to work for FIELDTRIP,” Johnson said in the since-deleted video. “You could see the joy to be around food and there was just something truly special about him.”

Johnson mentored Campbell-Anderson and the aspiring chef was quickly promoted to line cook.

“He always was working hard, he was always fighting through,” Johnson says in the video. “He was always trying to work it out.”

Campbell-Anderson, whose home address is listed as the Greenpoint YMCA in Brooklyn, faces murder charges and was awaiting arraignment in Suffolk County Criminal Court in Islip Sunday.

Jaccis and her brother moved to Long Island from Haiti about five years ago.

“Fun, happy, joy,” the neighbor recalled. “She was just amazing.”