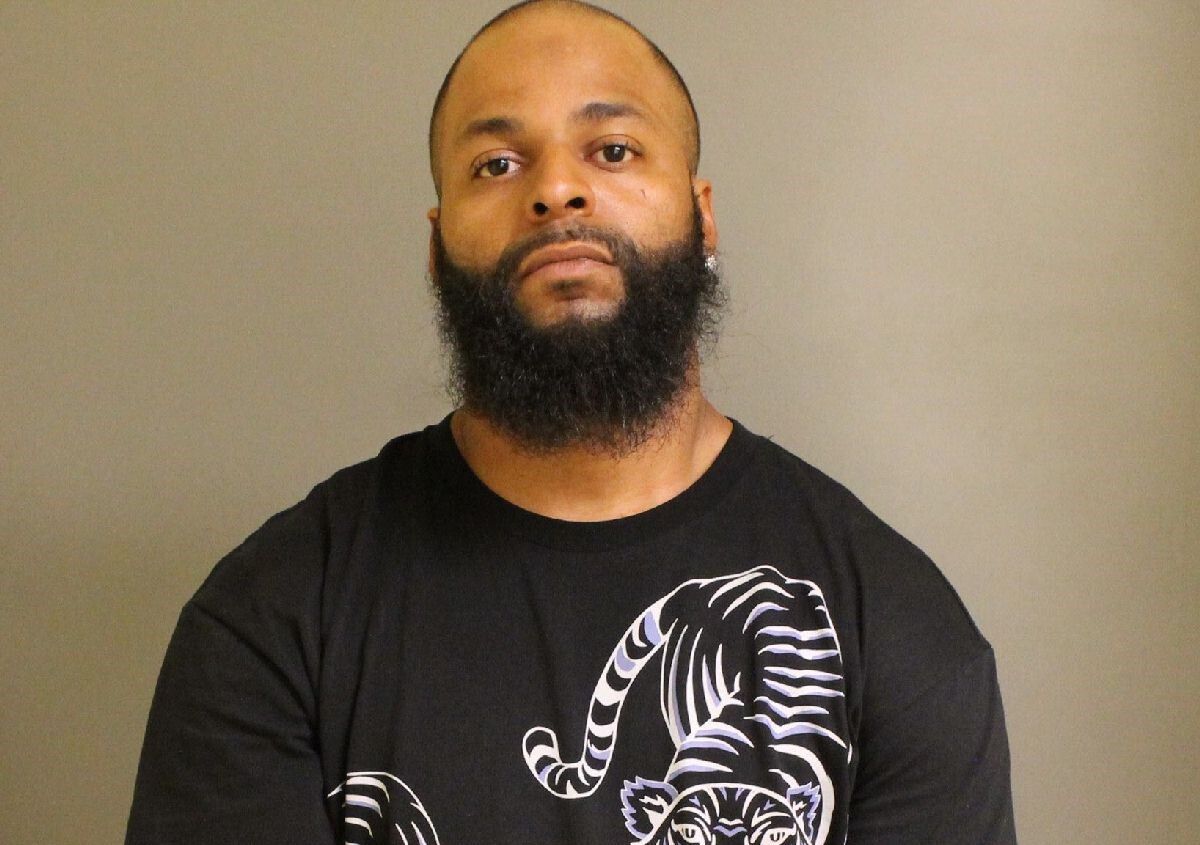 Cops are asking the public’s help finding an ex-con they believe fatally shot his pregnant ex-girlfriend after she left her Harlem baby shower with her new boyfriend.

Shanice Young, 31, was shot in the head in front of her two children Saturday. Her ex had been feuding in recent weeks with her current beau over who was the father of her unborn child, police sources said.

She was due to have her baby this week, her family said.

Police on Monday identified the ex-boyfriend as Justin Soriano, 40, and released his photo to the media.

On Sunday, Young and her boyfriend were double-parked outside her apartment building on W. 128th St. near Frederick Douglass Blvd. about 1:15 a.m., carrying presents from the baby shower when Soriano showed up, sources said.

They argued, and Soriano pulled out a gun, chasing the boyfriend down a stairwell into the building basement, up a different stairwell, back into a lobby and then out of the building, sources said.

He got away, and Young confronted Soriano, asking him, “Why are doing this?” sources said.

Soriano responded, “Why am I doing what?” and fired three times, shooting Young in the head, sources said.

Her two daughters, ages 15 and 6, watched in horror from the car as medics rushed her into an ambulance bound for Harlem Hospital, where she died.

But Young’s father, Thurman Young, 57, said police have it wrong that Soriano and the new boyfriend were arguing over the baby’s paternity.

“That was a lie. The police got information from the wrong person,” the dad alleged.

He asserted Soriano came looking to kill them both out of jealousy.

“He stalked her. He came to do what he did, and he did it,” Thurman Young said. “He came after (her boyfriend), but he was too fast. He got away. So he turned around and he shot my daughter in the face.”

Young’s relationship with Soriano fell apart after he cheated on her — but Soriano still became enraged after she found a new boyfriend, her father has also told reporters. She had three orders of protection against her ex since their split, according to her dad.

Soriano, a convicted drug dealer, served time for narcotics possession in 2008, and for sale of a controlled substance in 2011, public records show. He was released from prison in 2018, and his parole ended in June 2020.

Cops ask anyone with information about his whereabouts to call Crime Stoppers at (800) 577-TIPS.