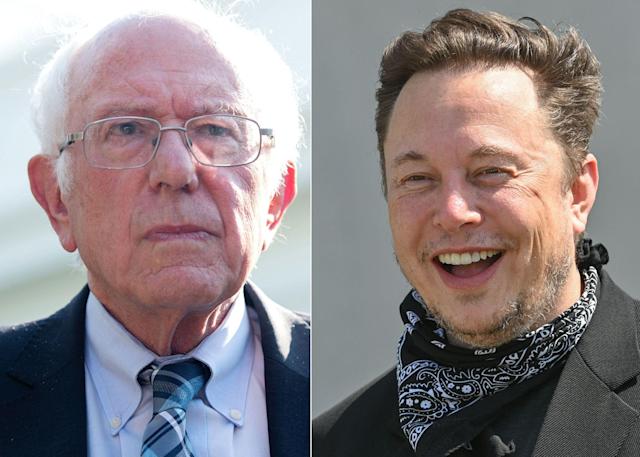 Billionaire Elon Musk got into it with Sen. Bernie Sanders over death and taxes.

After Sanders tweeted with a “demand that the extremely wealthy pay their fair share” of tax, Musk threw some dark shade in return.

“I keep forgetting that you’re still alive,” the 50-year-old Tesla mogul clapped back to the 80-year-old congressman, also on Twitter. “Want me to sell more stock, Bernie? Just say the word …”

Musk had just come off of selling nearly $7 billion worth of stock in the company he founded after asking his 62.5 million Twitter followers whether he should sell 10% of his shares, and getting a resounding yes. He sold $5 billion of it after the poll earlier that week and then another $1 billion that Friday, mainly to make a point about the proposed “billionaires’ tax” being touted by congressional Democrats.

A week ago Musk had explained on Twitter that he doesn’t earn a cash salary or bonus.

“I only have stock, thus the only way for me to pay taxes is to sell stock,” he said.

To earn the income that would be tax-eligible, he offered to sell the 10%.