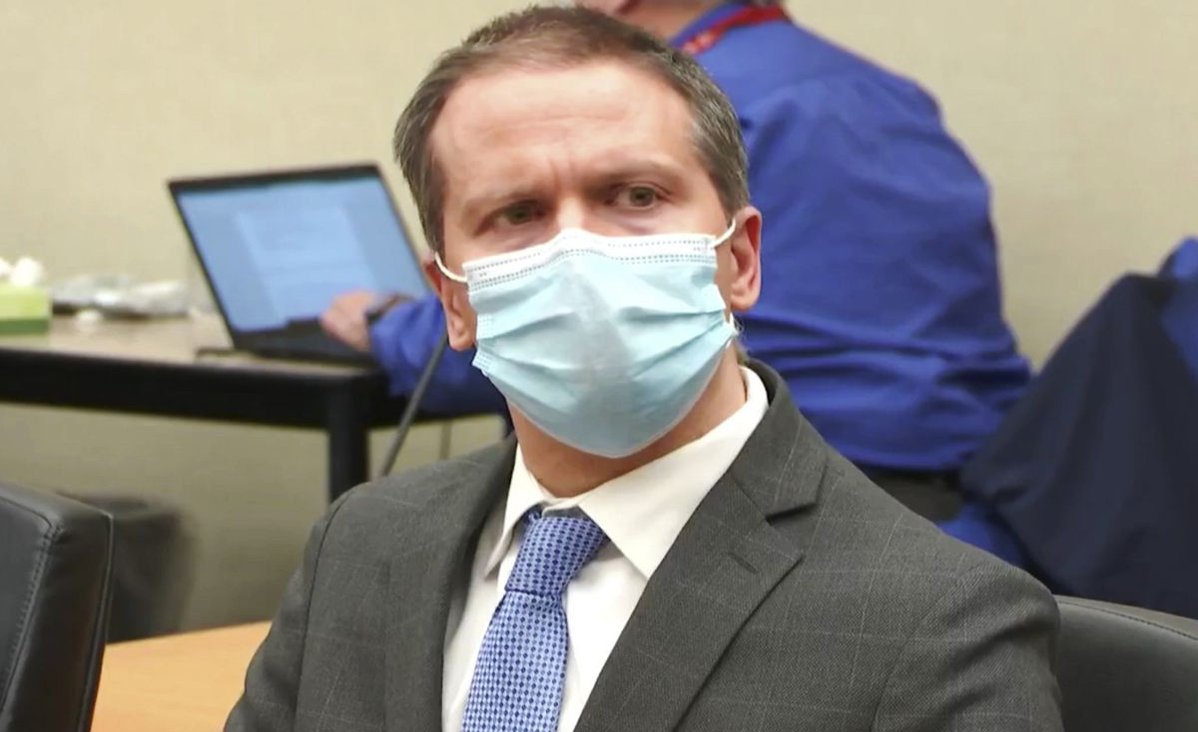 Two months after Derek Chauvin was found guilty of murdering George Floyd, the disgraced ex-cop will face the Black man’s family in court Friday as a Minnesota judge hands down a potentially decades-long prison sentence — closing another chapter in a case that became a symbol of America’s fight for racial justice and police accountability.

The white officer, who had his knee on Floyd’s neck for nine deadly minutes, faces up to 40 years in prison for the May 2020 killing in Minneapolis. Prosecutors have requested a 30-year sentence while defense lawyers are asking for a sentence of probation and time served, saying Chauvin has been diagnosed with heart damage and deserves mercy.

But it’s up to Hennepin County Judge Peter Cahill, who presided over the high-profile trial, to decide Chauvin’s punishment in a livestreamed hearing that will be closely watched across the nation. Legal observers expect Cahill — a former public defender and prosecutor regarded by many as a fair judge — to send Chauvin to prison for many years.

“If I were to guess, I think he’s going to end up somewhere around the 25-year mark — maybe 20 years,” said Neama Rahmani, a trial lawyer and former federal prosecutor.

“There’s no way that Chauvin deserves or will get a sentence of probation. That’s just not going to happen,” Rahmani told the Daily News. “We’re talking about someone who executed an innocent man while people were begging for him to stop.”

The sentence will be announced after members of Floyd’s family deliver victim impact statements in the courtroom. Chauvin and his family also have the right to address the court, but the convicted killer is unlikely to say much given his ongoing legal battle and new federal charges.

“He’s going to say little to nothing at all because he wants to preserve his chance of an appeal,” Rahmani said.

The fired police officer was initially expected to get just about a decade or less in prison because the state’s sentencing guidelines advise 12½ years for first-time offenders convicted of second-degree murder. However, Cahill recently agreed with prosecutors that several aggravating factors in the broad-daylight killing justify a potentially lengthier sentence.

“No one knows what it’s going be, but I’m going to make an argument that it’s going to be significantly closer to the 40 years as opposed to 12½ years,” said David Schultz, a professor at the University of Minnesota Law School.

The judge said he would consider an upward departure from the state’s sentencing guidelines because Chauvin treated Floyd with cruelty when he killed the handcuffed man “slowly by preventing his ability to breathe,” abused his position of authority by using unreasonable force, killed the victim in front of four children and committed the crime as a part of a group — with the help of three other officers.

Chauvin was caught on video kneeling on Floyd’s neck while two other cops helped pin him to the ground in front of a 9-year-old girl and about a dozen other bystanders. Floyd, who was taken into custody on suspicion of passing a fake $20 bill, repeatedly said he couldn’t breathe and became unresponsive while police were still holding him face-down on the pavement.

The sentencing marks another historic moment in the U.S. since the graphic video of Floyd’s death sparked massive street protests across the country — something Cahill may be considering as he decides Chauvin’s punishment.

“It’s going to be an important statement to a lot of people in American society on how we view policing, police use of power and racism,” Schultz told The News.

“You have to wonder if the judge is thinking, ‘Gosh, if I don’t do 30 years, or 40 years, am I sending people out in the streets again?’” Schultz said, noting that judges in Minnesota are elected officials.

Friday’s hearing — set for 2:30 p.m. Eastern time — will also mark the first time a Minnesota police officer is sentenced for second-degree murder. The only other officer convicted of killing a civilian in that state is Mohamed Noor, who was found guilty of third-degree murder and manslaughter in the 2017 shooting death of Justine Ruszczyk Damond. He was sentenced to 12 years in prison.

In Chauvin’s case, a sentence of probation or even a 12-year prison term would be a “miscarriage of justice,” Rahmani said.

“We cannot allow law enforcement to kill folks in broad daylight and get a slap on the wrist,” Rahmani said. “A lax or lenient prison sentence would cause significant public outrage, and justifiably so.”

The two cops who helped Chauvin hold Floyd on the ground and a third who kept bystanders away from the scene are expected to face a joint trial in March 2022. Chauvin and his three former colleagues — J. Alexander Kueng, Tou Thao and Thomas Lane — also face a federal indictment charging them with violating Floyd’s civil rights.

“This may not be the end for Derek Chauvin,” Rahmani said. “It’s probably just the beginning.”