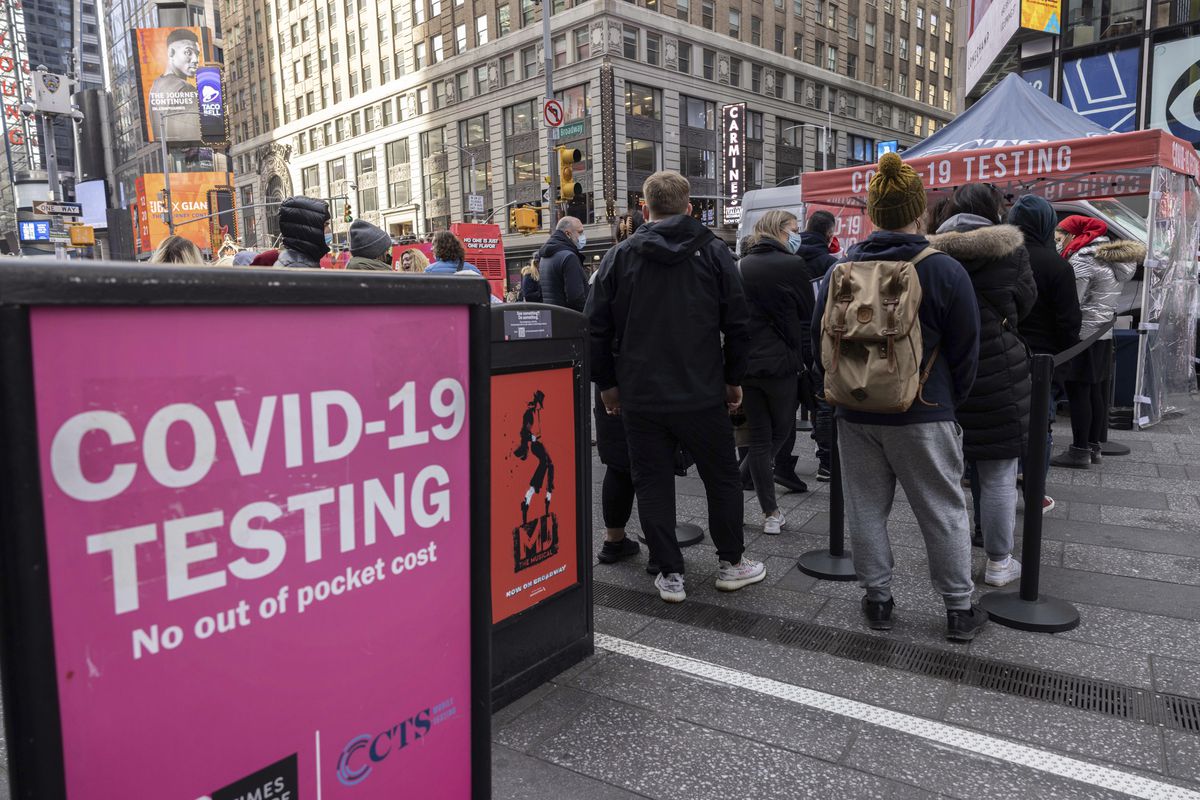 ‘Tis the season to get boosted.

Mayor de Blasio rolled out a new vaccination deal sweetener Tuesday — $100 to anyone who gets a coronavirus booster shot before the end of the year.

The incentive comes as the federal government gears up to launch several new testing sites in the city amid an omicron-fueled surge in COVID-19 infections and hospitalizations.

The $100 bonus, built on a similar initiative employed by the de Blasio administration for the first two shots, is available for anyone getting a booster at vaccination sites operated by the city Health Department and the SOMOS Community Care network, the mayor said.

“It’s going to make you feel a lot safer, a lot better that you got the booster, and you’ll have some more cash in your pocket at the same time,” de Blasio said in a briefing at City Hall. “That’s going to be a good feeling, particularly this time of year.”

The money is issued in prepaid debit cards, either in electronic or physical form, and will be available through Dec. 31, de Blasio’s last day in office.

The effort is aimed at getting more shots into arms at a time when the city has once again turned into a COVID-19 hotspot because of the extremely contagious omicron variant, which already accounts for about 90% of new cases in the New York area, according to the U.S. Centers for Disease Control and Prevention.

According to data released Tuesday by the Health Department, the city’s daily average of coronavirus infections reached an explosive 9,297 new cases, with 9.17% of all tests conducted coming back positive, the highest rate in months. Hospitalizations are ticking up as well, with the seven-day average of new COVID-19 patient intakes per 100,000 residents reaching 1.93, the data showed.

The COVID-19 curve is spiking even more on a statewide level, with 10.39% of all tests conducted Monday coming back positive, according to Gov. Hochul’s office.

In an eerie flashback to the spring of 2020, the omicron-driven spike has prompted hundreds of thousands of New Yorkers to get tested in recent days, resulting in hourslong waits at many sites.

De Blasio, who has drawn heat over the extensive wait times, said in his briefing that President Biden’s administration is expected to launch several federal testing sites in the city this week to help out.

“We want as many sites as we can get,” de Blasio said. “So I’m very happy the federal government is doing this.”

It was not immediately clear where the federal sites will be located or how many of them there will be.

A senior Biden administration official said the feds expect to open “the first several” sites in New York “before the Christmas holidays.”

“And we’re going to continue to add sites based on where states and communities have capacity constraints and where the state and local public health officials request our assistance,” the official said.

In addition to testing resources, the feds are sending 30 ambulances and accompanying medical personnel to New York, “so that if one hospital fills up, they can transport patients to open beds in other facilities,” according to a White House fact sheet. The administration is deploying similar resources to other states where omicron is wreaking havoc.

In addition to long lines, some testing sites are being dinged for logistical hiccups.

State Attorney General Letitia James fired off a letter Tuesday to QLab Diagnostics, a private testing company contracted by the city, over reports that New Yorkers have waited upward of 96 hours to get their results back despite the firm promising to get back to them within 48 hours.

Following James’ letter, LabQ added a bright yellow disclaimer to its website saying, “Due to a significant increase in COVID testing, please allow 1 to 4 days for results.”