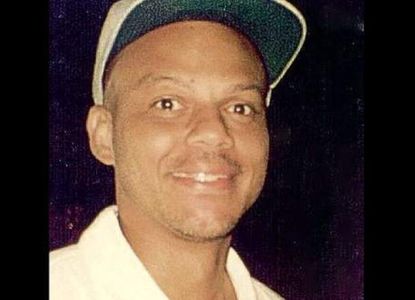 Nearly two decades after his heinous crimes, a Brooklyn man was finally convicted of gunning down his own sister and an ex-girlfriend, prosecutors said Tuesday.

A jury Monday found Andre Neverson, 57, guilty on both counts of second degree murder for the separate slayings of sibling Patricia Neverson, 39, and ex Donna Davis, 34.

Neverson shot his older sister — a nurse at Brooklyn Methodist — in the head and arm on July 8, 2002, in her Carroll St. home in Crown Heights, where she lived with her two teenage children. She and Neverson were fighting about money and the deed to the home, sources told investigators at the time.

Her body was discovered in an empty lot in East New York the day after Daisy received the haunting letter. She’d been shot in the head.

Neverson managed to evade capture for years, until he was finally arrested by federal law enforcement in Bridgeport, Conn., in 2018.

Neverson was an immediate suspect in the aftermath of the carnage — crimes so despicable his own mother said she hoped he’d get the death penalty for killing his sister.

“I don’t just want him in jail,” said Erine Neverson in an interview with reporters in 2002. “He deserves worse than that… the death penalty.”

Over the years, Neverson evaded custody while sometimes remaining in Brooklyn. He was spotted dressed as a Rastafarian with dreadlocks in Flatbush months after the killing, but cops were unable to apprehend him, they said at the time.

His capture and conviction came too late for two grieving mothers.

“I want them to catch him before I die,” said Erine Neverson, then 72, from her Flatbush home in 2007 — two years before she died. “I want to ask him how he could do that to his sister.”

“She left with the hope of seeing Andre caught,” said Clyde Davis, Donna Davis’ 90-year-old father. “This is a gift from the NYPD. Silver or gold can’t replace this.”

“I feel very happy to know Andre is caught,” Davis said. “So far he’s unable to harm anybody in the street again.”

There’s been no date set yet for his sentencing.