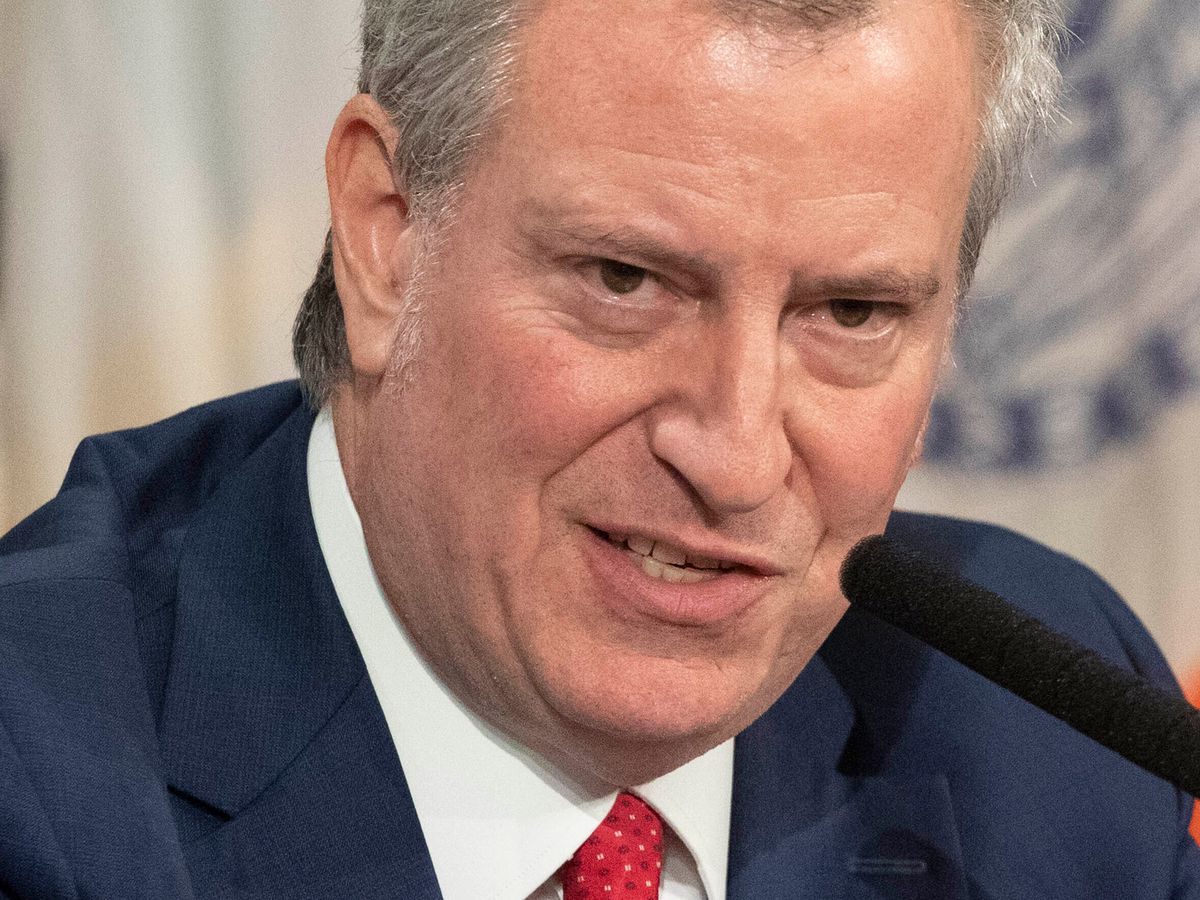 Mayor de Blasio’s in no rush to get masks back.

Hizzoner plans to lay out new rules for mask-wearing in the city on Monday — nearly a week after federal health officials urged high-risk coronavirus areas like New York to reinstate indoor face-covering mandates amid concern over the highly contagious delta variant.

Speaking during his regular press briefing Thursday, de Blasio said he’s delaying action on the new mask guidance from the Centers for Disease Control and Prevention because the city needs to first make sure “our focus is vaccination.”

“On Monday, we’ll give a shape of things to people to help guide them, while emphasizing the thing that’s absolutely irreplaceable is vaccination,” de Blasio said.

The mayor did not elaborate on the specifics of the forthcoming rule on face coverings.

Under the new CDC guidance released Tuesday, any parts of the country with “high or substantial” coronavirus transmissibility rates should reintroduce mandatory face mask-wearing in all public indoor settings, regardless of people’s vaccination status. All five boroughs of the city fall within that transmissibility distinction, reporting at least 50 new COVID-19 infections per every 100,000 residents on a seven-day average.

New Jersey, parts of which do not have high or substantial transmissibility rates, issued new guidance earlier this week recommending that all residents, regardless of vaccination status, wear face masks inside.

Asked why he doesn’t implement a similar policy in the interim, de Blasio reiterated that any masking guidance for the city must be coordinated with his stated focus on vaccinations, though he did not explain why both can’t be done at the same time.

“Other states have done other things, and cities, but we are focused on getting vaccination front and center, making sure every strategy supports vaccination first,” he said.

The reluctance from de Blasio to reintroduce masking rules for vaccinated individuals comes as the city’s coronavirus rates are trending in the wrong direction.

The test positivity rate has kept creeping up for weeks, reaching 2.68% on Thursday, and another 98 people were hospitalized with COVID-19 symptoms in the latest reporting window.

Despite de Blasio’s vaccinations first mantra, nearly 41% of the city’s population have not gotten even their first shot yet.

But the mayor said that’s hopefully about the change, thanks to a combination of mandates and incentives rolled out by his administration.

He announced earlier this week that, starting Friday, anyone getting vaccinated at a city-run site will receive $100 in cash as a sweetener. He also announced this week that all city municipal workers will have to get vaccinated or submit to weekly testing or risk unpaid suspension starting this fall.

De Blasio has urged the private sector to adopt mandates, and on Thursday he scored support on that front from restaurateur Danny Meyer, who said his hospitality group’s 18 eateries in the city will require proof of vaccination from both staff and customers.

“The whole ballgame is vaccination,” de Blasio said. “Every single organization out there — whatever you are, whoever you are, big, small — get going on requiring vaccinations in any form because that’s what’s going to save us.”