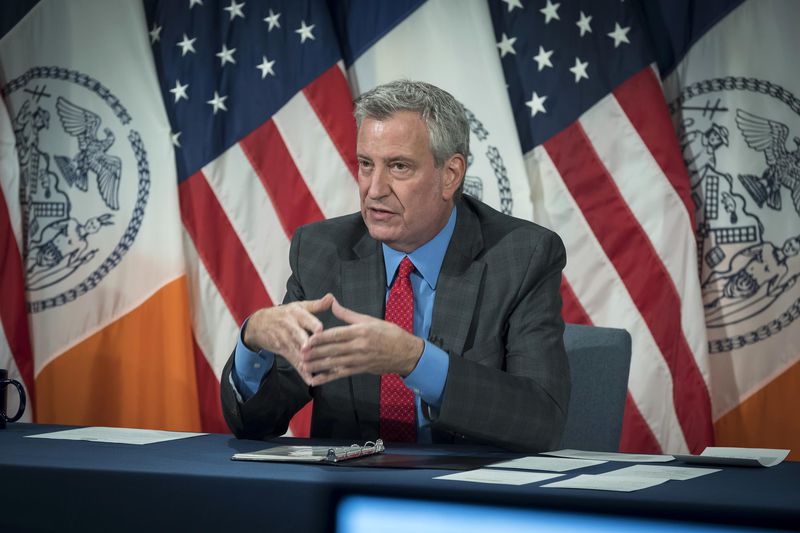 Mayor de Blasio announced NYC will set up checkpoints for the bridge-and-tunnel crowd to comply with the state’s mandatory 14-day coronavirus quarantine rule for those arriving from COVID-19 hotspots.

“They (visitors) will be reminded that it is required not optional,” de Blasio said. “This is serious stuff. If we’re going to hold at this level, the quarantine is going to have to be enforced.”

The NYC Sheriff, deputies and other officials said they will deploy to Penn Station, airports, bridges, tunnels, and on major roadways to quiz travelers about their plans and register with authorities.

Currently, there are 35 states in the U.S. where COVID-19 rates are too high or rising according to state metrics, de Blasio said.

The city’s rate has been steady and declining at below 3% for two months now even as numbers have been rising across the Sun Belt and Midwest.

“The national outlook is not encouraging to say the least,” de Blasio said. “We need to do what we’ve been doing and do it consistently.”

Officials offered scant details about the checkpoints, including where and when they might operate and how widespread they will be.

The city sheriff said most of the traffic stops would be done on a randomized basis, perhaps stopping one in every six or eight cars. He said the stops would not target out of state drivers because the law also applies to New Yorkers who travel to one of the states on the list.

He also suggested that no more than 20 officers might be enforcing the checkpoints citywide at any given time, a total that would likely make them less visible and widespread than the mayor implied.

De Blasio stressed that travelers’ civil liberties would be respected and the main purpose of the checkpoints would be to enforce and give information about the quarantine requirements, along with assistance to those who need it.

Hizzoner praised the city’s response to Tropical Storm Isaias, calling the fast-moving storm “one of the most significant weather events since (Superstorm) Sandy.”

One Queens resident died from a falling tree and a Brooklyn resident was seriously injured. Some 70,000 New Yorkers lost power in the storm, although most of the lights were back on by morning.

Isaias raced through the five boroughs packing wind gusts of up to 78 miles per hour, sparking 100 911 calls a minute at its peak, he said.