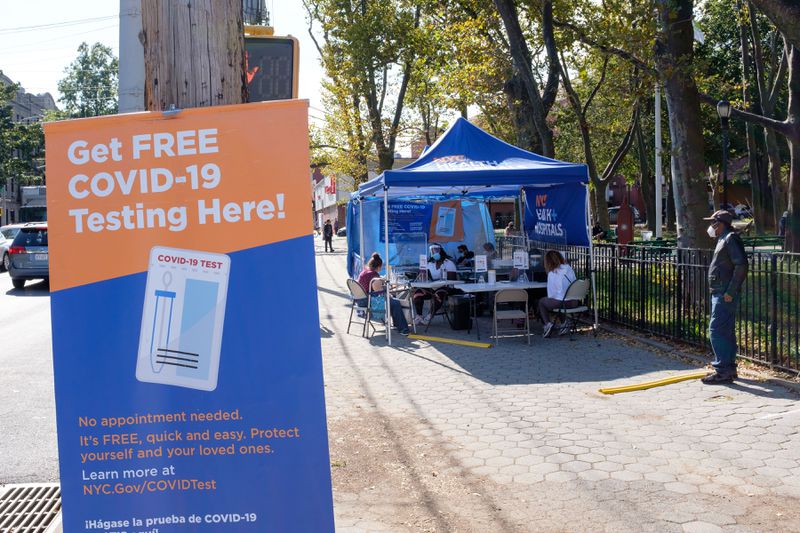 A key gauge that New York City is using to monitor the coronavirus outbreak has been going up since the end of September.

The seven-day average of daily new COVID cases was 501 on Sunday, up from 310 on Sept. 25, according to Health Department stats.

Mayor de Blasio has set a seven-day average of 550 daily new cases as a “threshold” for monitoring the outbreak. Asked whether that would trigger the reversal of some of the city’s reopening, a spokeswoman for Hizzoner said no. She indicated the metric is being used to evaluate next steps.

Other metrics include a seven-day citywide average of 3% for the COVID infection rate. The mayor has said if that level is reached, in-person learning will be cancelled at public schools.

It blamed the surge on hot spots in Brooklyn and Queens, noting 22 ZIP codes there accounted for more than one in four cases citywide over the past two weeks.

The surge has prompted crackdown efforts from the city and state. In-person learning was shut down at schools in nine ZIP codes from Borough Park, Brooklyn, to Kew Gardens, Queens, on Tuesday. Gov. Cuomo imposed additional restrictions on non-essential businesses including restaurants, along with limits on religious services, on Tuesday afternoon.

After city hospitals were overwhelmed in the spring, the surge has prompted fears of a second wave of the virus beyond the hot spots.

De Blasio officials insisted Tuesday the city is ready for a further increase in hospitalizations.

“The 11 hospitals of Health + Hospitals have been a great barometer of the city activity for COVID. We saw many of the trends ahead of anyone else in the last round,” Dr. Mitchell Katz, CEO of NYC Health + Hospitals, said at a Tuesday press conference.

“I’m very pleased that right at the moment, there are only two patients in the 11 hospitals who currently are on a ventilator due to COVID,” he continued. “It is very low, but we nonetheless … have plans for how we would deal with the surge if it were to happen.”